Soldiers guarding the Tapuach Junction in the Shomron noticed an Arab woman acting suspiciously, just before 8 AM on Sunday morning.

The IDF troops yelled at her to stop, she raised her hands and was seen holding a knife.


She was arrested, and another terror attack was averted.

During her interrogation, the 17-year-old admitted she was going to commit a terror attack after watching incitement videos on the Internet.

The Tapuach Junction has been the site for a number of fatal terror attacks. 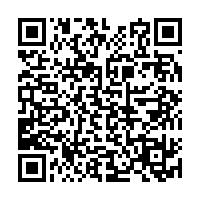