The problem of at-risk youth in Orthodox Jewish circles has been escalating both in America and in Israel. While time and resources have been devoted to confront the growing problem, one organization in Israel has developed an innovative approach that has met with resounding success.

Founded in 1998, Ma’agalim is an educational non-profit organization that seeks to motivate at-risk youth in Israeli high schools through one-on-one mentoring programs. Ma’agalim mentors strive to encourage personal growth and instill strong Jewish and Zionist values in young adults during their 11th and 12th grade years.


Assaf Weiss, the CEO and founder of Ma’agalim, spoke with The Jewish Press about the history and success of the organization.

The Jewish Press: How did you become involved in helping at-risk youth?

Weiss: I’ve been involved with Ma’agalim for over eighteen years. It was a project I started with some friends after I finished the army. While I was in high school I felt I didn’t learn much or connect with my teachers. After I graduated, I went to a Hesder yeshiva in Ma’alot before doing my army service.

This program of learning before going into the army is called mechina. Mechina has different programs but delays army service with one or two years of learning. Without it, it can be very difficult to go directly into the army after high school because students are only eighteen – young and impressionable. Mechina provides time and opportunity to build one’s identity in a meaningful way.

The program really changed my life. I come from a good, religious home, but I like to do my own thing. For the first time, I met teachers I identified with and who guided me. After my army service I understood how this time prior to military service can change lives. So some friends and I started Ma’agalim with mechina for disadvantaged youth.

What kind of background do you have in education?

I have a BA in education and am qualified to be a teacher. But I didn’t want to be a regular teacher in a regular class. I wanted to do something different. I was shocked when I saw how many at-risk youth were out there and how deep their problems went.

How do you reach these youth?

The madrichim speak with the students on an individual basis. They develop a one-on-one relationship with them, starting in eleventh grade, and become mentors to them. Students open up and share their problems and aspirations with them. Our madrichim are very understanding and try to instill a sense of meaning and purpose into the students’ lives. They don’t push bagrut, matriculation exams; rather, they try to steer the students in manner that can help them achieve long-term success.

While instilling national pride, do you direct students toward army service or some sort of sherut leumi – national service?

We try to gear them toward meaningful service in a personalized way. We also get them to think about what their Judaism means to them and what their connection to Israel is. We work to convince them that they are the good part of humanity, not the bad. This changes [the way they view] their “at-risk” status. This is our agenda.

How do you define “at-risk”?

There are different kinds of at-risk youth. The most severe type is what I call the hard core. They are not even learning in school. They are on the streets and most of the time they don’t live at home. Many of them are into drugs and crime. To take these kids and turn them around is very difficult, and the success rate is low.

The less critical type are the at-risk youth who at least go to high school, albeit sporadically. Regular high school hours in Israel are from 9 a.m. to 2 p.m., while yeshivas have longer hours. But the rest of the day they are free and end up roaming the streets. The youngsters come from problematic areas and at-risk communities, and many of them in these circumstances are in danger of getting involved with alcohol, drugs, and violence. Ma’agalim deals mainly with youth from this kind of socio-economic background.

But the truth is that everyone can be at risk, even those who come from stable backgrounds. You never know if a person might befriend someone, in school or in the army, who will become a bad influence on him and bring him down. So much depends on education and mazal, luck.

Do most of the youth you work with come from low-income families? Do you think poverty is one of the biggest factors in their struggles?

Problems often begin with poverty because when there’s a problem with income, there’s a problem accessing good education, private teachers, etc. They have to take what the government offers. And parents who live in poverty cannot give their children anything extra. Many of these poverty-stricken children also come from broken homes, with no one to support them.

What are some of Ma’agalim’s success stories?

We started with nothing. In the beginning we raised some money from friends to open up in Ma’alot. Over the years Ma’agalim grew, and we moved to Lod, which is a very underdeveloped area with many at-risk youth.

Today we deal with eight thousand kids – some 340 groups of students under our care. Our work has been so successful that we are able to obtain half or more of our funding from the Israeli government. The remaining funds we need to raise, all of which goes directly to help the youth. A third of our staff is comprised of former at-risk youth who became success stories through Ma’agalim. They are very good role models for the kids we deal with.

Eighteen years ago, no one from at-risk areas ended up learning in mechina or yeshivot Hesder before they went into the army. And the army was even afraid to take such youth before we dealt with them. Today 45 percent of Ma’agalim graduates end up going to these pre-army programs. And we’ve created a program for those who finish the army.

What distinguishes Ma’agalim from other organizations that deal with at-risk youth?

Ma’agalim created an informal program that catches these young people at a critical time, in the eleventh and twelfth grades, before they go to the army. We are a start-up in the field but have figured out a how to reach them and speak to them. We have created a process and have achieved concrete results. At the end of the 12th grade we can already know in what direction these kids are heading.

Are there more at-risk youth in Israel now than in the past?

In my opinion, yes. The gap in Israel is very large. In the same small country there is a lot of affluence from hi-tech and start-ups and, on the other side, there’s a lot of poverty. But it’s possible for disadvantaged youth to achieve. We just need to give them the opportunity. 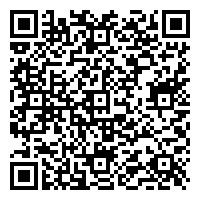