The two leaders’ phone conversation on Tuesday “lasted around half an hour,” according to Jonathan-Leus, who noted that “they discussed Syria and also Iran’s attempts to consolidate on Syrian soil.”

“The prime minister maintained his position regarding Israel’s security and the non-acceptance of the Iranian forces’ consolidation in Syria,” Putin’s spokeswoman added.

The Kremlin’s press service said on Tuesday that Putin and Netanyahu discussed what the future may hold for the Middle East, first of all in the context of the war on terror’s final stage in Syria. They also hashed over practical issues linked to the situation in the southern “de-escalation zone” in Syria.

Both leaders expressed their interest in bolstering mutually advantageous cooperation in different areas, including contacts between their two countries’ intelligence agencies.

The Kremlin press service noted that the phone conversation was initiated by Netanyahu. 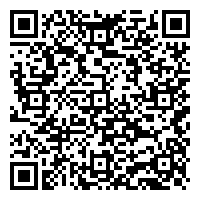