One day when most of us weren’t looking, health and wellness awareness exploded into a massive national trend. Kale smoothies replaced coffee, Instagram feeds were flooded with wholesome food photos, and fancy workout gear became standard wear. Society got hooked on the idea that certain external products, foods, and activities not only improved our physical health, but allowed us to reach spiritual, mental, and emotional fulfillment.

In terms of fads, this one has produced pretty great results. People maintaining a healthy lifestyle is an accomplishment to be lauded. Of course, there are those who have taken it too far, inhaling useless vitamins, doing excessive yoga, and sustaining bizarre diets. Then there are those who push it just enough – leaders looking to help their community feel stronger and healthier.

In 2008, Sarah Chani Benarroch was a former Crown Heights school teacher who noticed that Orthodox children and adults didn’t have many opportunities to be physically active. It’s no secret that the Orthodox community, while flourishing in spiritual health, has had some trouble promoting fitness goals. As a gymnast and Crossfit enthusiast, Benarroch decided to open a gym for children to escape the pressures of academia. So in a brownstone tucked away in Crown Heights, she founded Gymies, a place for kids to express their creative energies. Seeing how quickly it became successful, she created the Space, a fitness studio for women. Since then, women and children have flocked to her facilities, eager for the opportunity to get active.

Benarroch credits some of her continued success to the wellness phenomenon that has been picking up speed in the last decade and infiltrating the Orthodox community. “I think Gymies’ success and the opening of the Space has to do with a worldwide trend toward leading a more wholesome life. Crown Heights is and has been experiencing that trend as well – and it’s so great to see,” she explains. “Everything has a trickle-down effect, and I’m actually impressed with how much it has trickled in. I think that Gymies was born at a time just before it was really starting. It was really the right moment.”

Yet not everyone is embracing the movement in the healthiest of ways. “I think people are touching on something, but there’s so many layers to it. It’s not just about eating your avocado toast,” Benarroch says. Her philosophy revolves around valuing movement as opposed to simply focusing on calorie burning. “A lot of people are obsessed with food and what they eat, and that’s very good, but you also need to move.” She regularly observes members obsess about “feeling the burn” and advises them to slow down and focus on getting their forms right.

Opening Gymies was certainly no cakewalk for Benarroch. It took some ingenuity and hours of scouring Craigslist for the proper equipment. Now approaching its tenth year, Gymies has grown from a single gymnastics class in a basement to a three-story building featuring a variety of classes, a preschool, and a summer camp. Classes include everything from martial arts to jazz dance. A particular fan favorite is the circus art class, which involves acrobatic skills featuring silks suspended from ceilings, hoops and ribbons. Benarroch personally studied in circuses and multiple international countries to learn the proper skills to bring to the frum community.

Benarroch strives for a holistic experience when coaching the children. “We approach things from treating the whole child. It’s not just about one hour, it’s really the whole experience.” It’s about building self-esteem as much as it is building muscles. “We’re all in it together. There’s a lot of compassion.” As Gymies continues to grow, people from as far as Long Island have become members. Gymies’ teachers even travel to give private lessons.

Benarroch, an avid gymnast herself, knows how hard it is for religious gym goers to exercise in a regular facility. A large part of her mission is infusing religious spirit into her programs. The classes are separated by gender, and the instructors are coached on the nuances of religious life. On Purim, the instructors are likely to show up in costume and on Chanukah the students often warm up with lessons about the Maccabees.

But it’s not only about maintaining a religious spirit; its also complimenting modesty with positive body talk. “This is something I’m passionate about. Having been blessed with a mother who engendered very positive views regarding body image, I really wanted to pass that on the community,” she says. She seeks to empower women and girls to become stronger in body and spirit. Terminology like fat and skinny are not used. They are replaced with words like healthy and strong. “There is, in my opinion, a devastating focus on being thin, not only in our community but in our society as a whole. There’s a lot of pressure to be and look a certain way, and there needs to be a strong force pushing back on that and reclaiming what is normal. That’s what I am working towards here.”

It’s a big reason why she opened the Space, and the women who attend classes there have certainly appreciated it. Over the years Benarroch has found that Orthodox mothers have an additional difficulty getting fit outside the community. Since its opening, mothers have had the opportunity to balance work, kids, and a healthy lifestyle in an easier way. In fact, Benarroch notes that many parents drop their children off at the bus and come straight to the Space.

One frequent visitor remarked, “While working as a lawyer, I did not have a chance to fully commit to exercise daily.  Once I chose to be a stay-at-home mom I knew I had to do something for myself every day. I was thrilled to find out that there was a neighborhood space where I could exercise my body and relax my mind. Over the years, I have taken yoga, pilates, and barre at the Space.  At this point, my children encourage me to work out. When I sound stressed or short tempered I hear, ‘Mommy, you should go to yoga tonight.’”

One of Benarroch’s favorite parts of the job is witnessing the transformation of women who frequent the Space. She likes to tell the story of a forty-year old mom with five children who hadn’t worked out since she was single. Wanting to make a change, she arrived on opening day, lacking any sort of body strength. Today she’s the ultimate success story and the most fit in the class.

Gymies and the Space accommodate kids starting from four month old babies (Mommy and Me classes) to clients in their seventies. Teenagers are involved too and can train to become coaches.  “It really has become a sweet little community,” Benarroch says. 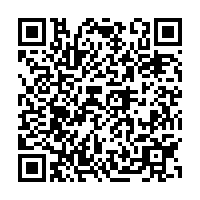