Fake news is a euphemism for psychological warfare. After the elites recognized the danger presented by social networks, they developed tools and techniques for exploiting the new reality to their own advantage. Their efforts have already far surpassed Orwell’s dystopian vision in his novel 1984. These are just some of the insights that will feature in a new course opened this year at the University of Haifa.

“The fake news phenomenon has created a situation in which we can no longer believe anyone or anything, since we have no way of evaluating the credibility of the flood of information we encounter,” explains Dr. Yaniv Levyatan, who teachers the course. “People fail to appreciate that 50 percent of online traffic are bots performing various actions in the web, including the production of fake news. This does not happen for no reason, and of course there are those who benefit from this situation and want to see it continue. This creates a serious challenge for the future of democracies.”


The new course led by Dr. Levyatan, an expert in psychological warfare, digital marketing, and cyber warfare, examines the evolution and social ramifications of the digital environment. These range from the impact on the family and relations between parents and children to the more obvious field of the relationship between government and citizens. In this context, Dr. Levyatan cannot always offer encouraging conclusions.

He explains that social networks create the sense that citizens can come together in an attempt to influence events and create change. In reality, however, they have become a tool enabling the controlling elites to convey far more accurate and efficient messages than in the past. “The overriding principle of Nazi propaganda was that you can’t make small lies, because you’ll always get caught out. It’s much easier to lie about something enormous. All you need to do to make an enormous lie is to repeat your message enough times and declare that anyone who doesn’t see things the way you do is a traitor. Social networks facilitate the much easier and effective implementation of this method,” he warns.

The new course will place a strong emphasis on the most efficient tool in this context: fake news, or “psychological warfare and propaganda,” as Dr. Levyatan prefers to call it. “Fake news uses the enormous inflation of information to create a situation where we can no longer believe anything. Some studies have already shown that the public’s confidence in the media – traditional and new alike – is falling dramatically. In the course, we will illustrate the enormous challenge fake news fake news presents for Western democracies. Of course, the United States can create just as much fake news as Russia. The difference is that the United States operates under such values as the importance of truth, credibility, and the media. Fake news is an efficient tool for those who have no qualms about moral issues – and there are plenty of such people about.”

The students in the course will watch excerpts from the movie 1984, based on George Orwell’s novel of the same name. Dr. Levyatan points out that we have already reach a place that Orwell could not even have imagined. “In 1984 the authorities control us mainly through the ‘telescreen,’ which can see what we are doing. Today’s technological devices, which we use of our own free will – such as the smartphone and social networks – allow the elite to penetrate our minds.”

All is not lost, however, particularly for those fortunate enough to study the new course. “Students who complete the course will be more critical about the information they absorb, have a firmer understanding of the information industry, and will be better equipped to analyze and understand reality,” Dr. Levyatan concludes. 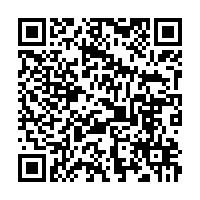