Losing a case in the Supreme Court is a bitter pill, particularly if you are representing a large constituency, defending the constitutionality of an act of Congress, and litigating for the honor of Jerusalem.

In May 2015 a battle that my daughter Alyza and I had been fighting pro bono publico in the courts of the United States for 12 years seemed to end in defeat. On our second appearance in the Supreme Court on behalf on Menachem Binyamin Zivotofsky, an American citizen born in Jerusalem, a majority of the Justices slapped us and the United States Congress in the face by declaring unconstitutional a 2002 law that gave Menachem the right, on request, to have “Israel” printed on his American passport as his “place of birth.”


The Court’s majority did not anticipate that the reasoning in its decision would pave the way for a complete reversal of the outcome of the case. Now that President Trump has recognized Jerusalem as the capital of Israel, Menachem’s passport and the passports of all U.S. citizens born in Jerusalem should automatically say “Israel,” even without the special request the 2002 law requires.

But one practical question remains: Will the State Department acquiesce in the president’s decision by repealing its now-obsolete regulation or will it be necessary to file a new lawsuit?

We began the case when Menachem was an infant. His mother visited the U.S. embassy in Tel Aviv and invoked the right granted by the new law that had sailed through both houses of Congress. She asked that her newborn son’s passport specify “Israel” as his place of birth instead of “Jerusalem,” which is how the State Department’s Passport Office regulations order American consular officials to endorse the passports of anyone born in Jerusalem.

The State Department’s Passport Office has multi-page instructions on how to identify a passport-holder’s place of birth. For an American citizen born outside the United States only the country where he or she was born is listed as the “place of birth.”

Several provisions in the Foreign Affairs Manual relate to Jerusalem. The regulations in effect before the Trump declaration direct that “Israel” is not a permissible entry for anyone born in Jerusalem because, before that declaration, United States foreign policy refused to recognize any part of Jerusalem –including what is commonly called “West Jerusalem” – as even being in Israel . That is why Congress had to enact the 2002 law giving citizens born in Jerusalem the right, on request, to have “Israel” on their passports.

The Zivotofsky litigation took its course through three visits to the federal Court of Appeals and two full-blown presentations before the Supreme Court. On our second appearance at the Supreme Court we had the support of many friend-of-the-court briefs endorsing the constitutionality of the 2002 law. These included an exceedingly rare submission on behalf of the full United States Senate.

Our adversaries were the Bush and Obama Departments of Justice and State. There was a refrain with which they began their briefs in every court. They declared over and over again that no issue in foreign policy was more sensitive than the status of Jerusalem and told all the judges repeatedly and emphatically that identifying a U.S. citizen born in Jerusalem as born in “Israel” would ignite violence in the Middle East.

Our briefs and those of our supporters told the Court that the fears of violence were overblown. Not one Arab or Palestinian group filed a friend-of-the-court brief supporting the Bush and Obama administration positions until we explicitly noted this silence in the final round of litigation before the Supreme Court – and it then generated only one brief.

Nonetheless, five justices swallowed the government line. The technical argument made by the government agencies in the Bush and Obama administrations was that the 2002 law amounted to unconstitutional interference by Congress with the exclusive right of the president to accord formal recognition to foreign sovereigns. We presented compelling historical evidence that Congress, and not only the president, had granted official recognition to foreign countries, and we argued that the designation of the country of birth on a passport was not, in any event, an act of recognition.

The Court was apparently intimidated by the prophecies of violence in the government briefs. The majority opinion opened with the observation that “a delicate subject lies in the background of this case.” Before even describing the constitutional issue, Justice Anthony Kennedy’s opinion said that issues “touching upon . . . [the] legal and international status” of Jerusalem were “among the most difficult and complex in international affairs.” He then referred in his introductory observations to the “international debate and tensions respecting Jerusalem.”

After thus implicitly crediting the Executive Branch’s prediction of violence, the Court majority accepted its highly technical ground to invalidate Congress’s 2002 law. Five justices held that “the power to recognize or decline to recognize a foreign state and its territorial bounds resides in the president alone.”

No president had ever officially recognized Jerusalem as being within the territorial boundaries of Israel. Justice Kennedy said, on behalf of himself and four colleagues, “As a matter of United States policy, neither Israel nor any other country is acknowledged as having sovereignty over Jerusalem.”

Congress could not, said the Court, direct that the State Department and its Passport Office contradict Executive Branch foreign policy by treating Jerusalem as being within the boundaries of Israel.

The Supreme Court majority probably believed its ruling that only an incumbent president has “the unilateral power to recognize new states” and “their territorial bounds” averted a Middle East disaster that Congress had improvidently invited with its 2002 law.

Three dissenting justices – Chief Justice Roberts and Justices Scalia and Alito – were not swayed by the predictions of dire consequences and would have enforced Congress’s law. When the Supreme Court rejected our position and the 2002 law became a dead letter, most observers assumed that no future president would ever stray so far from the State Department’s “even-handed” Jerusalem policy as to do what Presidents Harry Truman and Ronald Reagan had not done – officially recognize that Jerusalem is within the borders of the state of Israel.

They did not reckon on Donald J. Trump. The incumbent president has now done what had been thought by all except Israel’s most fervent advocates to be most improbable. He has officially declared, for the first time since Israel was born, that Jerusalem is the capital of the state.

This public announcement is surely the equivalent of recognizing the “territorial bounds” of Israel as including the city of Jerusalem, even without a separate formal statement by the president that Jerusalem is in Israel – a small step that the legalists among us had been advocating since Trump took office.

The capital of a country must be within its “territorial bounds.” No separate recognition declaration has ever been made that Paris is within the borders of France or London within the borders of the United Kingdom. On July 9, 2011, when President Obama officially recognized the new country of South Sudan, he did not separately recognize that Juba, the city chosen by that nation to be its capital, was within its “territorial bounds.”

The combined effect of the Supreme Court’s ruling in our Zivotofsky v. Kerry case and President Trump’s declaration that Jerusalem is Israel’s capital should, therefore, be even better for U.S. citizens born in Jerusalem than Congress’s 2002 law. Jerusalem is now like Tel Aviv, Haifa, and Beersheba. These cities are presumed to be in Israel. Any American citizen born in Tel Aviv, Haifa, or Beersheba automatically – with no prior request by him – is designated on his U.S. passport as born in “Israel.” The same rule should now apply to U.S. citizens born in Jerusalem. They need make no special request to have their passports list “Israel” as their place of birth.

The Passport Office should immediately withdraw and repeal the special regulations in the Foreign Affairs Manual that instruct how to designate “country of birth” for citizens born in Jerusalem. A renewed passport for any U.S. citizen whose current passport specifies “Jerusalem” should automatically say “Israel.” And those who have valid passports that are not due to expire for some time but want to exercise the right granted by the 2002 law (still on the books and now constitutional) should be issued new passports that say “Israel.”

Notwithstanding a temporary setback by a Supreme Court majority, Menachem Binyamin Zivotofsky has now won his case in a manner that exceeds the relief we initially requested. His American passport should hereafter automatically, without any special request by him, say that his place of birth was “Israel.” His lawyers are pleased, and they hope that no more court appearances will be needed to vindicate rights that should have been recognized long ago.

But the State Department is not rushing to implement President Trump’s Jerusalem Declaration, and we may have to turn again to a federal court. Will a government attorney answerable ultimately to President Trump’s attorney general oppose us as the Bush and Obama administrations did? Or will he be instructed by his superiors to settle our complaint and agree to enforce the right that necessarily results from the Trump Declaration? 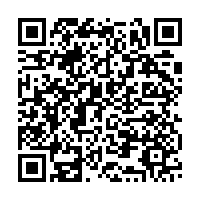