Home Blogs Guest Blog The Family That Lights Together Stays Together
Share on Facebook
Tweet on Twitter
Photo Credit: courtesy
Our family Minhag was that my father distributed the “Chanukah Gelt” on the fifth night.
He explained that this was the Minhag in Lita as the fifth night is the only night which never falls on Shabbos; therefore you can always count on being able to distribute the “gelt” then.
My father was a photographer who would travel all over the tri-state area photographing newborns.
He could be in Freehold on Monday and Stamford on Tuesday and in the Bronx on Wednesday.
He never arrived home before 7 PM.
On Chanukah, my brother and I were home early and we would be excited to immediately light the candles.
My usually easy-going mother would not hear of it.
She was adamant that we wait for my father.
“We light as a family!” she would insist. “The family which lights together stays together”.
Sometimes my father would not return until 9 PM; yet, my mother remained steadfast that we wait – despite the whining of her sons.
He would always call home, from a device called a “pay phone” at 6 PM.
Money was tight in those years and if my father was in New Jersey which was a “long distance phone call”, he could not afford the 95 cents required for the first three minutes.
So my parents devised a system; a pre-arranged “coded-ring”.
He would call, and my mother would not answer the phone; rather she listened to the rings.
If he would hang up after the first ring, that meant he would be home within the hour.
However, if it rang twice that meant he would not be home for at least two hours.
After the “call” was completed; my father would press the coin return and retrieve his 95 cents.
As the phone rang I would daven, “Please Hashem; make it ring only once… I can’t wait so long.”
Yet, Hashem runs the world and often I waited impatiently for hours for my father.
When I reached the age of Shidduchim, I would frequently return home via subway from yeshiva in order to borrow the family car for the date.
Back then, the idea of renting a car for a date was not even on the radar screen.
One Chanukah, I had a date on the fifth night.
I had to leave early so I informed my parents I would light when I returned.
The date went ‘nowhere’; however, I got lost coming home and by the time I arrived home, it was almost midnight.
I was about to light when I heard movement from upstairs.
I could not imagine who was walking as my parents were always asleep by 10.
Suddenly, a light went on and I could see the outline of my father in his robe followed by mother coming down the stairs.
“I’m so sorry” I stammered. “Did I wake you?”
My father laughed, “We waited for you. I remember how often you waited for me to light; so it’s only fair that tonight I waited for you. And anyway, I have to give you your Chanukah gelt!”
My mother was beaming as she said, “Remember, the family which lights together stays together.”
And indeed, that night as the clock neared midnight my family lit the candles together and the house was radiant.
My date was nothing to remember; however, I still recall every year on the fifth night of Chanukah as I distribute the “Chanukah gelt” to my own children, the happiness and contentment which filled me on that blissful night decades ago when our family burned the midnight Chanukah oil together with love and affection.
My parents are no longer here to light with; yet, the warmth and love which I retain, cherish and treasure from that special night continue to kindle within me.
Advertisement 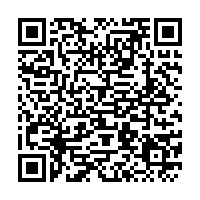