On October 23, under the guise of advancing “policies that protect the interest of U.S. workers,” based on President Trump’s Executive Order “Buy American, Hire American,” the U.S. Citizenship & Immigration Services (USCIS) rescinded its policy memorandum that directed adjudicators to give deference to previously approved employment-based non-immigrant visa petitions.

All petitions seeking extension of non-immigrant classification are now subject to the “same level of scrutiny” as initial petitions. While stating that the aim of USCIS’s new policy is to protect the interests of U.S. workers, USCIS has failed to clearly state how this policy would do so.

President Trump signed the “Buy American, Hire American” Executive Order
(EO) on April 18, 2017, in which the stated purpose was to create higher wages and employment rates for U.S. workers by rigorously enforcing and administering the U.S. immigration laws.

This specific EO called attention to the H-1B visa program, alleging without any documentation that the program was subject to significant fraud and abuse that directly affected the employment of U.S. workers.

The H-1B visa is issued to professionals in “specialized occupations,” or ones that normally require the attainment of a bachelor’s degree or the equivalent in a specialized field of study such as engineering, medicine, law, and information technology. President Trump directed several department heads to create new rules and guidance that would protect the interests of U.S. workers by ensuring that H-1B visas were awarded to the most-skilled and highest-paid beneficiaries.

On April 23, 2004, in an effort to streamline the processing of extensions of employment-based nonimmigrant visa petitions, USCIS issued a memorandum advising adjudicators to give deference to prior approvals for a particular nonimmigrant classification where there was “no material change in the underlying facts.”

In this regard, where “the same parties (petitioner and beneficiary) and the same underlying facts” served as the basis for an extension of nonimmigrant status, USCIS officers should approve the extension unless there was evidence of material error or fraud in the previously approved petition.

It should be noted that this memorandum did not “in any way restrict or impact an adjudicator’s ability to deny, in the exercise of his or her discretion, the beneficiary’s simultaneous request to extend his or her stay in the United States in the same classification.”

This policy memorandum did not create any hardships for USCIS or U.S. workers, but instead streamlined and improved processing so that cases could be adjudicated in an efficient and timely manner. Moreover, it created a sense of good faith with USCIS as U.S. employers and foreign talent could place trust in previous decisions and the consistent application of legal standards and requirements.

In rescinding deference to previous approvals, USCIS stated that the 2004 policy “improperly shifted the burden of proof to that agency…[and] was also impractical and costly to properly implement, especially when adjudicating premium processing requests.”

USCIS, however, did not provide any evidence to support this statement. Moreover, there is no evidence that denying deference to previous approvals will protect U.S. workers – either by increasing the availability of jobs or increasing the wages offered to U.S. workers. What this does mean, however, is that petitioners and beneficiaries who file petitions to extend nonimmigrant classification can expect increases in Requests for Evidence where USCIS challenges the beneficiaries’ eligibility for the classification, delaying in processing times, and potentially an increase in denials of petitions.

While the immigration system needs to be reformed, the president should continue to value the abundance of positive benefits that foreign nationals bring to the country, especially in terms of the arts, entertainment, research, science, innovation, and entrepreneurship.

Immigration reform that can make America greater balances the priorities of securing employment for U.S. workers along with business success, as these are not competing interests, nor are they mutually exclusive. 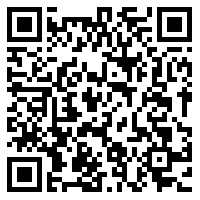