The haftarah records one of the most important prophecies of Yechezkel HaNavi (37:15-28) in which he sees a vision of messianic times when the kingdoms of Yehuda and Yosef will be unified once again. This is represented by two wooden sticks, one for Yosef and one for Yehuda, becoming one. When that happens, Klal Yisrael will be united. We find a similar story in Parshas Vayigash, when Yosef is finally reunited with the rest of the tribes and with his father Yaakov. The haftarah describes a time when the long exile of hatred and disunity will have passed.

Let us discuss the unique spiritual qualities which Yehuda and Yosef represent.


The Sfas Emes (Vayigash 5658) explains that Yehuda represents Torah SheBaal Peh, which is likened to lechem min ha’aretz, bread from the ground. Torah SheBaal Peh grows outward from a person just as bread grows out from the ground. In Birkas HaTorah, we say, “vechaye olam nata besocheinu, You embedded everlasting life within us.” The Sfas Emes explains that this refers to Torah SheBaal Peh which is revealed from the pnimiyus, internal aspect of a Jew. Yehuda represents the power to delve into the depths of a Jew’s heart and draw forth what resides within.

This is why Yaakov specifically sent Yehuda ahead to Mitzrayim to create an environment for Bnei Yisroel. Yehuda’s task involved birur, the act of finding a point of truth hidden deep within a mixture, even in an impure environment such as Egypt, and extracting it from the contamination.

Yosef corresponds to Torah SheBiksav, which is lechem min hashomayim, bread from the heavens. In contrast to Torah SheBaal Peh, Torah SheBiksav isn’t revealed through man; instead it descends from heaven. Yosef represents the essence of our salvation – regardless of the effort we exert, without Hashem’s help we cannot overcome our enemies, both physical and spiritual.

The Sfas Emes connects these ideas to how we accepted the Torah, through a commitment of na’aseh, of doing what the Torah requires, and nishma, of listening to what the Torah says. Na’aseh represents the realm of toil and effort. It involves the task of birur, discerning what is true in the world, and extracting it from what isn’t to perfect creation. Na’aseh represents our mundane efforts of the six days of the week. On Shabbos we go from a state of toil and enter into the realm of listening to Torah and connecting to it, a realm of nishma.

Just as na’aseh preceded nishma in our acceptance of Torah, Yosef’s brothers led by Yehuda represent the extracting of the truth that lies within a complex mixture of facts and circumstances in which Yosef’s true identity remains hidden. They represent na’aseh. Their efforts bore fruit and led to the nishma – they eventually brought about Yosef’s revelation of the truth. Just as in our acceptance of Torah, na’aseh preceded nishma.

This theme repeats itself in Galus Mitzrayim itself. It was a prelude to Matan Torah, and involved a process through which we had to extract the truth from amidst a difficult and confusing reality – arriving at the ultimate na’aseh venishma.

Yechezkel HaNavi describes the ultimate union of Yehuda with Yosef. As we explained, Yehuda represents the struggle of birur in the realm of na’aseh and the days of the week during which we work on identifying what is real and embrace it and expose what is duplicitous and reject it. This is reflected in the process of Torah SheBaal Peh. Yosef’s nishma represents a clear expression of truth which we experience on Shabbos.

The depths of Torah SheBiksav are grasped through Torah SheBaal Peh. Hashem commands Yechezkel to unite these two making them into one.

The Sfas Emes reveals that the two wooden sticks of Yechezkel’s nevuah exist inside every one of us. We all experience a process of toiling to extract the potential that lies within, but effort alone can never bring us to the goal we seek. When we live the na’aseh of Yehuda, we experience help from above – the nishma of Yosef and lechem min hashomayim.

The Sfas Emes (VaYeishev 5649) says something remarkable regarding Yosef. Yosef was given the role of taking what was good and designating it for Shabbos spirituality. Yosef comes from the word tosefes, additional, and the additional soul we receive on Shabbos, the neshama yeseira, was utilized by Yosef to help himself and his brothers grow spiritually.

How did Yosef handle shemiras Shabbos while he lived in exile in Egypt? The Tolna Rebbe cites an interesting source, a Midrash Rabbah in Bamidbar (14:2). The midrash says that Yosef kept the Shabbos even in Mitzrayim, and because of this dedication, his descendant, Elishama ben Amihud, from the tribe of Efraim, representing his shevet of Yosef, was given the opportunity to bring his personal sacrifice, his voluntary korban, on the 7th day, Shabbos. This took place during the Chanukas HaMizbei’ach described in Parshas Naso. The midrash stresses that no other person would ever be permitted to bring a personal korban nedava, a private citizen free will offering, on Shabbos.

(The above is based on the explanations of Rabbi Doniel Baron.) 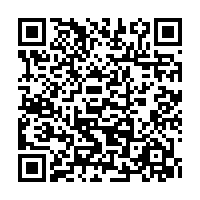