Question: Is it possible to explain the verse “[All this is] because Abraham listened to My voice, minded My mandate, My commandments, My decrees and My teachings (Genesis 26:5)?” The latter three terms are in the plural. Rashi explains “teachings” as referring to both the Written Torah and the Oral Torah. However, if the commandments and decrees are manifold, is it possible that there are many Torahs?

Answer: Indeed, while we explain, as Rashi does, that there is both a Written and an Oral Torah, we see the point of your question. Rabbi Adin Steinsaltz, zt”l , the great scholar and noted author, whose recent passing has left a great void, visited with me a number of years ago. I was fortunate that he then gifted me a copy of his 30th Anniversary Edition of The Essential Talmud, a truly thought-provoking work.

We present Chapter 37, “The Talmud Has Never Been Completed,” which will surely answer your question; indeed, witness the wealth of Novella and Responsa to the Talmud, to Rambam’s Mishneh Torah and to the Shulchan Aruch, the latter two themselves major works based on the Talmud.

The premise of this chapter is an idea that is both daring and provoking, but essentially true. Rabbi Steinsaltz explains:

“From the strictly historical point of view, the Talmud was never completed, never officially declared finished, without need for additional material. The Bible, by comparison, underwent various stages of compilation and redaction, but was eventually completed, and it was categorically stated that no additions could be introduced. The same was true of the Mishnah in its day. But although a certain edition of the Talmud was regarded as definitive, this fact was not heralded by an official and public declaration that the work had reached its end and a new era had commenced.

“The final edition of the Talmud may be compared to the stages of maturity of a living organism; like a tree, it has reached a certain form that is not likely to change substantially, although it continues to live, grow, and proliferate. Although the organism has taken on this final form, it still produces new shoots that draw sustenance from the roots and continue to grow. This fact is more important to our approach to the Talmud than it is to history. The principle that the Talmud is unfinished holds out a constant challenge to continue the work of creation. It is incumbent on every scholar to add to the Talmud and to contribute to the work, although it can never be finally completed.

“The Talmud was edited by R. Ashi, yet it is not his work; rather, it is the collective endeavor of the entire Jewish people. Just as it has no one protagonist, no central figure who sums up all the discussions and subjects, so it has continued throughout the centuries to be part of a constant creative process.”

“One of the great Talmudic commentators, the Maharsha, often ended his commentaries with the word ve’dok (continue to examine the matter). This exhortation is an explicit admission that the subject has not been exhausted and that there is still room for additions and arguments on the question. To a certain extent the whole Talmud is rounded off by this ve’dok, the injunction to continue the search, to ask, to seek new aspects of familiar problems.

“In a way this trait is also the source of the difficulties entailed in study, which can never be entirely passive. But it is also the source of the Talmud’s great fascination and ability to captivate the student and make him an integral part of it. It demands of the student, above all, a sense of inner resonance, the ability to identify; yet it does not insist on ardent faith. There are very few sacred works that do not demand of the student prior acceptance of certain principles. The Talmudic scholar, however, is not forced to accept everything he encounters, and if he chooses to ask or appeal, he is permitted – and in fact obliged – to do so.”

Rabbi Steinsaltz notes that on the other hand, “no other work demands such quantitative erudition on the part of the student. The sages assume that the student is already extremely knowledgeable; for they quote extensively from other sources without taking into consideration the fact that the student may not yet be acquainted with them. It has already been said that the Talmud is not a schematic textbook, but essentially a slice of life. As such, it commences for no man at the beginning. When a man begins to study Talmud, he always finds himself right in the middle of things, no matter where he starts. Only through study and the combination of facts can he arrive at the ability to understand, and, in general, the more he studies the better he understands what he has already studied; his comprehension grows constantly deeper as he peruses the material over and over again. A pair of scholars who studied a certain complicated tractate a generation ago perused it forty times and stated that only the forty-first time did they feel that they were beginning to understand it. This conviction is not a reflection of excessive humility, nor is it related to the complexity of the issue, but is based on the belief that every time a subject is studied it takes on new dimensions for the student. After the first few perusals of that material, the student will have solved most of the essential problems, but new problems will always emerge. Generally speaking, Talmudic study is not restricted to one aspect of a subject, nor is it a closed circle; rather, it should be seen as a spiral that continues to rise and develop from time to time. Each time the same point is passed and a slightly higher point is reached.

“During the two millennia of the Talmud’s existence, many thousands of sages have occupied themselves with Talmudic literature, and the finest intellectual forces of the Jewish people have dedicated their lives with great perseverance to Talmudic scholarship. It is not surprising therefore that the student sometimes feels that he can add nothing new, since every subject, every issue, every sentence has been pored over by great scholars and sages and discussed from every possible viewpoint. Nevertheless, the Talmud has not yet been completed. Every day, every hour, scholars find new subjects of study and new points of view. Not every student is capable of constructing his own systems, but the individual, from his own peculiar and personal point of view, is still capable of seeing some detail, however small, in a new light.”

Rabbi Steinsaltz concludes: “The work that is a compilation of the endeavors of many generations, is edited with excessive precision, and has been studied by tens of thousands of scholars, still remains a challenge. Of the verse [Psalms 119:96], ‘I have seen an end of every purpose’ [Lechol tichla ra’iti ketz . . . – alternative translation: To every goal I have seen a limit], the Sages [Bereishit Rabbah 10:1] said: ‘everything has its boundaries; even heaven and earth have their boundaries. It is only Torah that has no bounds.’ ”

Indeed, it is important for us to note that as we are reading these lines, new commentary, Novella and Responsa on the Talmud and on the Poskim are being written. It is surely an ongoing and unending endeavor. 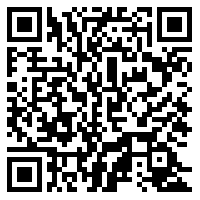