Editor’s note: As I was in the midst of preparing a response to a reader’s query on the topic of the arba parshiyot, I found a scholarly piece from Rabbi Nosson Dovid Rabinowich, a prominent rav in Flatbush, on the obligation to read Parshas Parah. With his kind permission I have decided to preface my discussion with part of his article.


The Shulchan Aruch (Hilchos Chanukah, 685:7) writes that some authorities maintain that there is a biblical obligation to read Parshas Zachor and Parshas Parah. The Be’er Hagolah (the Vilna Gaon’s great-grandfather), in his glosses (first published in Amsterdam 1666), cites Tosafos Berachos 13 as the source for this opinion. However, the words “Parshas Parah” do not appear in that Tosafos in our Vilna/standard edition of the Talmud. Nor do they appear in the parallel Tosafos in Megillah 17b. Indeed, the Piskei Tosafos in Megillah only quote Tosafos with regard to Parshas Zachor, not Parshas Parah. So to what Tosafos is the Be’er Hagolah referring?

In the Bomberg Shas, the first complete Talmud ever published, the words “Parshas Parah” do in fact appear. In his Chochmas Shlomo (published in Cracow in 1582 based on the Bomberg edition), the Maharshal remarks that the words “Parshas Parah” are a mistake and should be omitted. We now understand that the Be’er Hagolah probably used one of the three Bomberg Talmuds printed in Venice (1519-1523, 1526-1531, and 1548 ), the very popular Justinian Venice edition (1546-1551), or perhaps even one of the Cracow or Lublin editions (published in the first third of the 17th century). (I have intentionally omitted the Sabionetta [1553], Lublin [1559], Constantinople [1583] and Basel [1578] Talmud editions from this list of possibilities for various reasons.)

The story, however, does not end here. In 1644, Emanuel Benevinisti began publishing the beautiful Amsterdam Talmud. In the title pages to all the volumes of the Talmud, the publisher claims: “We have taken men distinguished in Torah and the work of heaven to correct and learn with the wonderful book entitled ‘Chochmas Shlomo’ to select the lilies from it, which give forth a fragrant aroma. It is necessary to correct the well-known errors on every page, day by day, before it is brought to the printer, in order to remove all the defects, so that it may be cleaned and sifted as fine flour cleansed through thirteen sifters.”

Yet, when we look at the Tosafos on Berachos 13a, the words “Parshas Parah Adumah” appear, despite the gloss of the Maharshal declaring them a mistake. (The Maharsha’s commentary also does not appear in the Amsterdam edition despite the claim on its title pages that the glosses of the Chochmas Shlomo appear “word for word” at the end of each tractate.) It seems that Benevinisti simply copied most of the text of his title pages from the 1602-1605 Cracow editions (including even his particular use of ornamental letters for the names of the tractates).

Although the Maharshal claims that the words in Tosafos are a mistake, Rabbi Yosef Caro, who was his contemporary (1488-1575), decided to include the opinion that reading Parshas Parah is a biblical obligation as “some say” in the Shulchan Aruch, as well as in his Beis Yosef commentary to the Tur. Indeed, in his discussion in 146:2 of the Shulchan Aruch, this opinion of Tosafos even seems to be an “accepted” ruling!

I would be remiss to conclude without mentioning the ingenious approach of Rabbi Meir Simcha HaKohen (Meshech Chochma, Parshas Chukas, 19:20) who in his inimical style, relying on three separate sugyos in Masseches Yoma, proves that the reading of Parshas Parah during the ancient purification ritual was a biblical obligation. Unfortunately, this cannot really help explain our Tosafos who is obviously referring to the public reading of Parshas Parah, not in conjunction with the purification ritual.

This article was written in honor of two kallos na’os ve’chasudos: Chanie Hirsch and Yael Rabinowich. Rabbi Rabinowich can be contacted at JHTours@gmail.com.

(Next Week: The Daled Parshiyot)

Haredi Couple Married on Shabbat Due to ‘Urgent Circumstances’ 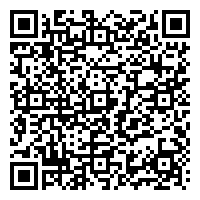