According to Kan 11 News reporter Moshe Steinmetz, the Defense Ministry and the Chief Military Rabbi Eyal Karim have reached a compromise allowing for non-Jewish IDF casualties to be buried next to Jewish casualties, in the same row and without separation. The halakhic solution, according to Steinmetz, would be deeper graves for the non-Jews.

As of 2017, non-Jewish corpses have been buried six feet away from the last grave in a given row, with a bench or tree deposited between the last Jewish grave and the grave of the non-Jewish soldier, in an attempt to obscure the separation. Many Rabbis have objected to that arrangement, arguing there was no room for a non-Jew in a Jewish cemetery.

But the political pressures have been mounting to bury together all the soldiers who fought together in battle – never mind Jewish law. As a result, the military rabbinate was forced to bow down to the demands of secular PC, and came up with a solution: according to the new procedure, a non-Jewish IDF soldier will be buried 20 cm (roughly 8 inches) deeper than the other soldiers in the row, and an additional partition of blocks or metal will be installed around the coffin. As a result, the non-Jew will be halachically in a little goyish cemetery all his own, while on the outside there will be no physical separation between Jewish and non-Jewish graves.

The rabbinic solution above is curious, seeing as at least two major poskim have permitted outright the burial of gentiles and Jews together in a case when they were found killed together. The Bach (17th century) on Yoreh D’eah in the Shulchan Aruch (151) cites the RaN (14th century) in tractate Gittin (end of c. Hanizakin), and rules that even though one does not bury together a wicked Jew with a righteous Jew, nevertheless, one can bury together a Jew and a gentile who were found dead together for two reasons: darchey shalom (maintaining the peace), and because they were killed together, presumably meaning that they fought side by side against the same enemy.

It means that Rabbi Karim had a very distinguished foundation to support his decision, which brings to mind the obvious question: if you’re allowed to bury the goy soldier in a Jewish cemetery under these circumstances (ways of peace and fighting together) – why bury him 8 inches deeper and build an extra wall around him? 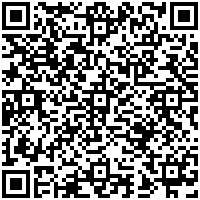