QUESTION: My friends are getting married on Rosh Chodesh Sivan. I tried to convince them to do otherwise, as many people have a minhag (custom) not to attend weddings until three days before Shavuot. They told me they spoke to rabbis who allowed it. Is this right? May I attend?
Name Withheld by Request
ANSWER: Last week we began our discussion with the clear answer that yes, you may attend the wedding. The source for observing mourning customs during the Sefira period is the Gemara (Yevamot 62b), which explains that 12,000 pairs of R. Akiba’s students died between Passover and Shavuot. The Geonim based their restrictions on showing excessive joy – such as getting married, cutting hair and listening to music – on that Gemara. The mourning customs do not include engagements and betrothals, which are permitted during that time.We also explained that the mourning customs are observed only during 33 of the 49 days between Passover and Shavuot since the deaths occurred for 33 days, until Peros Ha’atzeret, calculated as 16 days before Shavuot (see Tashbatz Vol. 1, Responsum 178). Lag BaOmer, lit. the thirty-third day of the Omer, marks the end of the deaths and the mourning customs.

According to some, the 33 days of mourning customs are observed from Rosh Chodesh Iyar until Shavuot.


From the statement of the Mechaber that it is wrong to have one’s hair cut on Rosh Chodesh Iyar, many have drawn the conclusion that according to either minhag, Rosh Chodesh is included in the mourning period. However, the Aruch HaShulchan (ad loc.) clarifies that this only applies to those following the first minhag, observing aveilut (mourning) from the second day of Pesach until Lag BaOmer.

There are other minhagim, and the Rema in his Darchei Moshe commentary on the Tur (ad loc.) notes that it is wrong to say that any of the customs is incorrect. Rather, we should not follow two leniencies at the same time.

The Magen Avraham (ad loc.) rules that we observe the mourning during the entire period because, in his opinion, R. Akiva’s students died during the entire period, but we subtract the days on which we don’t say Tachanun, which are: the six days of Pesach, starting from the second day of Pesach, when Sefira commences; the two days of Rosh Chodesh Iyar; one day of Rosh Chodesh Sivan; and the seven Sabbaths of those weeks, which add up to 16 days; on Lag BaOmer we are lenient due the significance of that day.

We also find the view in Shulchan Aruch HaRav (ad loc.) that one who has not yet accomplished the mitzva of Pru U’revu, or one who cannot manage living alone, may marry even in the midst of his aveilut for his father or mother, for whom it is rabbinically incumbent upon him to mourn. Here, where it is only a minhag, he may marry where the need arises. Nevertheless, “we are more stringent in this regard in our lands.”

We find a similar conclusion in Responsa Beit Yisrael (R. Yisrael Zev Horowitz, zt”l, Av Beit Din in Ujhely, Hungary, and later in Tiberias, Israel) that it is a kal vachomer, an inference from minor to major, to permit marriages where there is a clear need to marry during those days.

R. Yitzhak Yosef (Yalkut Yosef, Vol. 8, Minhagei Yemei HaSefira 34) permits a marriage during Sefira where the need is great. He emphasizes that performing such a marriage on Rosh Chodesh Iyar is preferred. He then adds (contrary to the minhag of the Beit Yosef) that the groom may also cut his hair for the wedding.

Regarding the statements of the Tur and the Mechaber that if one “went ahead and married, we do not mete out any punishment,” the Mishna Berura explains that this only applies to marriage, for he has fulfilled a mitzva, but if one had his hair cut, there was a custom to levy a fine as punishment.

This issue is addressed in the wonderful encyclopedic Bein Pesach LeShavuot by R. Zvi Cohen, shlita (8:8). There we find a discussion based on Tur Bareket (siman 493) regarding the custom of forbidding the cutting of hair, which was instituted earlier than the custom of forbidding marriages [in this period of time], the latter coming “on the heels of” the former. The fact that we are accustomed not to marry between Pesach and Shavuot until Lag BaOmer is a new custom. It was instituted because there was no hair-cutting on those days. It was thought that the reason was the mourning for the deaths of twenty-four thousand students of R. Akiba. However, “according to those with understanding of Kabbalah, whose every action depends on sound motives, the main reason is that we do not cut our hair on those days because of a specific hidden reason, not because of mourning.”

R. Cohen notes that Tur Bareket is cited by Birkei Yosef (493:10) and points out that there are obviously others who dispute this view.

The Chatam Sofer notes that the only problem R. Meshulam had was not to create ‘tartei de’satrei,’ and that applies only to the mesadder kiddushin, the officiating rabbi who performs weddings on all these days. The individual is not wed on all these days – he gets married only once.

He also notes that the stringency of haircutting seems to be more severe than that of marriages. Nevertheless, any difficulties in behaving one way or the other stem from the fact that in the same city we do not subscribe to customs that are diametrically opposed one to the other.

The Gaon R. Moshe Feinstein (Iggrot Moshe, Volume I, Orach Chayyim 159) states clearly, as he does in other responsa, that here – in “New York” and in “Brooklyn” – where people have come from places with different customs, each may do according to his custom, as these places would be considered as one city with two batei din. In such a case there is no violation of “lo titgodedu.”

We find (Iggrot Moshe, Volume II, Orach Chayyim 94) that he was asked the following question: “What should a person do whose custom is not to have his hair cut from Rosh Chodesh Iyar until the [three] days of Hagbala and he has to go to a wedding on Rosh Chodesh Sivan?”

R. Feinstein sets forth that if one knows of this situation at the onset of Sefira, he could change his minhag, for whether he follows one minhag or the other, there would be 33 days on which he does not cut his hair.

However, if one had no knowledge of the impending wedding, what should he do? From R. Feinstein’s discussion we see that the main issue during Sefira is tisporet (haircuts), not weddings. He states that if one is able to attend a wedding without having his hair cut, he should refrain from cutting his hair. If refraining from cutting his hair will cause him embarrassment, he would be permitted to cut his hair even if he does not have a close relationship with the hosts, as there is a mitzva of simchat chatan vekallah at every wedding.

This is unlike a circumcision, where we only allow the father of the child, the mohel, and the sandak to have their hair cut. For a wedding, all are duty-bound to celebrate, which includes attending the wedding and personally making the new couple happy.

As for dancing and music, they too are not prohibited as they are part and parcel of the wedding celebration. If one makes the wedding on Lag BaOmer or erev Rosh Chodesh Iyar, dancing and musical instruments are also permitted during the seven days of Sheva Berachot that follow.

R. Feinstein then concludes that everyone is permitted to be present and partake in the joy.

Thus, to answer your question, there would be no doubt that a wedding is permitted on Rosh Chodesh Sivan. Whether you have your hair cut or not would depend on R. Feinstein’s guidelines.

It is important to understand that Jewish weddings are dependent upon the bride securing a date and the availability of a hall, and that leaves a very narrow time period during any given month. Therefore, we must be very considerate of the couple’s needs.

In conclusion, send back your response card indicating that you will attend, and perhaps we will soon participate in an even greater joy – dancing in the streets of Jerusalem as we celebrate the arrival of Melech Hamashiach speedily, in our days. 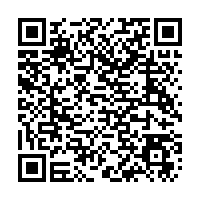