Question: When a son says Kaddish for his parents, can they hear it? Also when he says it, are their souls elevated to a higher place?

Now, we mentioned earlier that Kaddish is recited in Aramaic, the language familiar to the Jewish masses at the time the prayer was composed. Why, then, are 10 Hebrew words of praise in it?

Rabbi Tukaccinsky (citing Beit Yosef to the Tur, Orach Chayim 56) explains that these 10 words correspond to the 10 ma’amarot with which Hashem created the world (Avot 5:1), the Aseret HaDibrot (Ten Commandments), and the 10 sefirot (spheres). Both the ma’amarot and dibrot were said in Hebrew.

From “Amen, y’hei shmei rabba” until “almaya,” there are seven words, which correspond to the seven heavens, and these seven words consist of 28 letters. From this point until “da’amiran b’alma” (the conclusion of half-Kaddish) are 28 words. Twenty-eight is the numerical of ko’ach and reminds us of the verse in Parshat Shelach, where Moses pleads with Hashem on behalf of the Children of Israel: “v’ata yigdal na ko’ach Hashem ka’asher dibarta… – And now, may the strength of my L-rd be magnified as You have spoken…” (Numbers 14:17).

Perisha (ad loc.) explains that we stopped saying “v’yitkaleis” since a kova nechoshet (copper hat) is derogatorily translated into Aramaic as “kulsa d’nachsha – the lowest of metals.” He also explains that the first two of the 10 words of praise – “Yitgadeil v’yitkadeish” – are separated from the other eight to correspond to the Aseret HaDibrot, which were also divided into two. The first two were heard directly from Hashem. The rest were heard from Moshe (based upon Rashi, Da’at Zekeinim, Klei Yakar to Exodus 20:1).

Rabbi Tukaccinsky notes that the commentary Even Eliyahu to Siddur Ha’Gra as well as sifrei Kabbalah relate many great things regarding the language of, and the number of words and letters in, Kaddish. Therefore , he writes, a person should be very careful when saying Kaddish not to add or omit a word or letter. For example, “di vrah” and “min kol” are both two words and should not be pronounced as if they were one.

Yet, we do add a word to Kaddish for 10 days starting on Rosh Hashanah. We say, “l’eila u’l’eila – exceedingly far above and beyond.” To compensate, writes Rabbi Tukaccinsky, we say “mikol” instead of “min kol.” That way, we preserve the proper number of words.

Should one stand for Kaddish? Darkei Moshe (to Tur, Orach Chayim 56:5) cites the Jerusalem Talmud (Berachot, Perek Tefillat Hashachar) that one should stand for any matter of kedushah. The Mishnah Berurah (Orach Chayim 56:8) writes that it is proper to stand when saying, “Amen, y’hei shmei rabba.” He argues that we should learn from Eglon, king of Moab, who stood up to hear the word of Hashem. If he stood, we – Hashem’s people – certainly should.

Eglon was a vile ruler who oppressed the Jews for 18 years. Hashem ultimately heard the Jews’ cries and took pity, sending Ehud ben Gerah of the tribe of Benjamin, who was lame in one hand, as a judge to deliver the Jews from this evil king. Ehud approached the king and said he had a secret message. So the king dismissed all his attendants and remained alone in his royal chamber with Ehud. Ehud then told him, “I bring the word of G-d to you.” Upon hearing these words, the king, with great haste, rose from his throne.

This move gave Ehud the chance to slay the king and escape. Following this assassination, with the leaderless Moabites in disarray, Ehud was able to lead his people to victory over them; the Moabites actually became the vassals of the Israelites, and for the next 80 years, under Ehud’s leadership, there was peace and tranquility.

We know that Hashem does not withhold reward from one who performs even the smallest good deed (Nazir 23b). What, then, was Eglon’s reward for standing up to hear the word of Hashem? Rashi and Radak (Judges 3:20 sv “vayakam me’al kis’o“) cite our sages (Ruth Rabbah 2:9) who say that for his good deed, Eglon merited to have a daughter (some say a granddaughter or a later descendant) who became the mother of the royal house of David and thus Moshiach ben David, the future redeemer.

If Eglon received such a tremendous reward for just one single good deed, imagine how great our reward will be for standing for “Amen, y’hei shmei rabba” and other divarim she’b’kedushah. Thus, Kaddish serves not only the departed but the living as well. 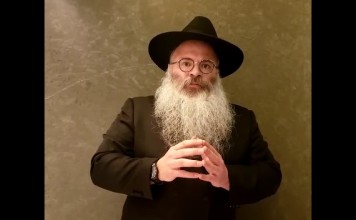 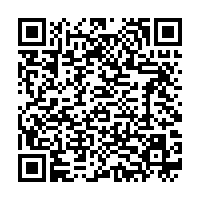