Answer: Last week, we noted how the custom to say the Mourners Kaddish in unison became common in Ashkenaz communities, particularly chassidic communities that adopted nusach Sefard. Yet, not all were predisposed to accept this new custom.

Rabbi Yitzchak Isaac Yehuda Yechiel Safrin (1806-1874), the Rebbe of Komarno, Slovakia, was very opposed to it. In his sefer Shulchan HaTohar (132:4), he writes that two people reciting Kaddish at one time is a grave sin and blemish. As such, it does nothing to help the departed soul; in fact, instead of raising the niftar to greater heights, it could possibly lower it. (He makes another statement along these lines that seems a bit too harsh to cite considering that saying Kaddish together today seems to be a fait accompli.)

What is the basic objection to saying Kaddish together other than the fact that it represents a departure from the age-old practice of Ashkenaz Jewry? If we turn to the Talmud (Megillah 21b), we find the answer. It states that while two people can read Megillas Esther together for the congregation, they cannot read the Torah together because of the rule, as Rashi explains, of “trei koli lo mishtami – two voices are not heard.”

Why, then, can two people read Megillas Esther together? The Gemara explains: Because it is unusually beloved. Thus, even where more than one person reads it, one will hear what is being said. But this answer presumably doesn’t extend to Kaddish, so how did the custom of saying it together take hold in Ashkenazic lands?

Many factors are involved, among them the adoption of nusach Sefard by chassidim. Another very interesting factor recently came up in a conversation I had with my chaver, Reb Leizer Taubenblat about this matter. His son, Moshe, is a devoted member of Kahal Bnei Matisyahu, where I serve as rabbi, and on a recent yom tov, he spoke to our kehillah about this matter and connected it to the great French conqueror, Napoleon Bonaparte (1769-1821).

Napoleon was a great believer in equality and also had great respect for the Jewish people. The story goes that as he was traveling about Europe conquering various lands, he entered a synagogue and observed the service. He saw one man leading the service and the congregation continually responding. Then, he suddenly saw the chazzan step aside and allow another individual to take his place and recite Kaddish. This seemed strange to him and he asked for an explanation.

When he was told that the latter man had lost a parent and was reciting the Mourner’s Kaddish, he asked, “Are there no others that have lost a parent in this entire congregation?” It was explained to him that decorum dictates that only one person be permitted to recite Kaddish at a time.

Napoleon objected, and when the Consistoire, which he appointed to affect certain reforms, recommended that Kaddish be said by more than one person at a time, the custom changed.

The creation of the Consistoire was not beneficial as it gave an opening for those who wished to change Jewish ritual to do so. That’s why the communities that follow the Chatam Sofer and Rabbi Samson Rafael Hirsch, as we noted earlier, remain steadfast in their objection to this change. 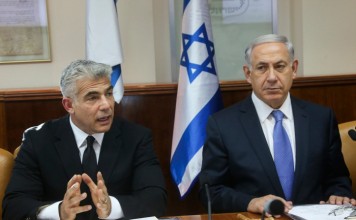 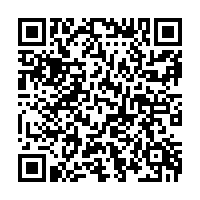