Answer: The chassidic movement adopted many changes. Among them were changes made by the Ari HaKadosh to the nusach; chassidim started davening nusach Ashkenaz with elements incorporated from nusach Sefard

Rabbi Elimelech Wajsblum (1717-1786) – the famed and revered Reb Elimelech of Lizhensk – was an early proponent of this new nusach and suggested that a person who wishes to pray with it should first be worthy (see his Noam Elimelech).

As we noted in an earlier column, originally only one mourner at a time recited Mourners Kaddish. Today, most congregations let all mourners say it together. In Sefaradic communities, they say it together, so with time chassidic congregations adopted this practice as well.

Yet, not all chassidim adopted nusach Sefard. Rabbi Abraham Landau of Chechenov (1789-1875), for example, did not change his nusach. Indeed, even before the amud he davened Ashkenaz Nusach.

As for Mourners Kaddish, Rabbi Landau followed the age-old rule that mourners should stand next to the chazzan when saying Kaddish. He was also strict that only one mourner should say it; he would actually point to a particular mourner to say Mourners Kaddish when the time arrived.

When it became customary for multiple mourners to say Kaddish together, they would gather next to the chazzan, saying the same words together in unison. Not everyone was in favor of this arrangement, though. Rabbi Yaakov Emden (1697-1776, author of Siddur Beit Yaakov) only begrudgingly accepted many people saying Kaddish at once. He felt it often – especially in small synagogues – appeared foolish and constituted a mockery of the prayer for so many people to crowd in one area. Hence the subsequent custom of all mourners saying Kaddish together, but from their seats.

Rabbi Avraham Yehoshua Freund (1856-1932), rav of Naszod in Hungary (Sefer Mikveh Yisrael, p.70), insisted that everyone reciting Kaddish should do so at the amud next to the chazzan. He explained: “According to Kabbalah, the various tefillot are compared to and divided according to the various worlds or spheres, and between each there is a Kaddish recital. Following the Amidah, there is a return from those lofty worlds or spheres to our own. It is the Kaddish that presents itself as the path for all these tefillot; therefore, there is no more appropriate place for saying Kaddish than at the amud.”

Rabbi Yosef Teomim (1727-1793), the famed author of Pri Megadim, exhorts people to be extra meticulous to recite Kaddish before the amud. He writes (in Sefer Em L’Binah), “On that day [when I have yahrzeit], I say Kaddish at the amud from the siddur. One Kaddish is sufficient – not like those who grab 10 Kaddeshim at once and swallow the words. It is prohibited to over indulge in reciting manifold Kaddeshim for many reasons. If only one were to say just one Kaddish, word for word, and with proper kavanah.”

In most contemporary communities, though, Rabbi Teomim’s sage advice, based on millennia of practice, is for the most part not followed. 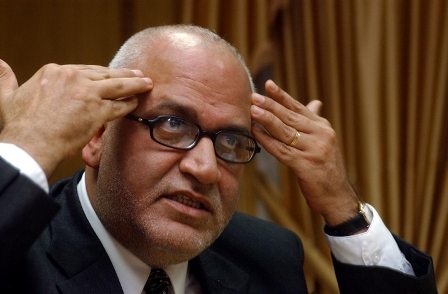 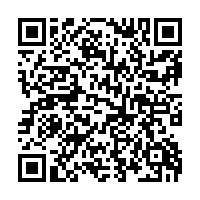