Altered States
‘Examining A Bechor Is Not The Same’
(Beizah 27a)

The commentators ask why examining a firstborn animal to see whether it has a blemish – which will determine its future status – is different from examining the organs of a slaughtered bird or animal to determine whether it is a tereifah.

Rashi (s.v. “alma…”) explains that a ruling regarding kashrus is not comparable to mesaken (a “repair”). A kashrus decision only clarifies and confirms the halacha; the ruling does not establish a new status nor does it revise a food’s previous status. However, mesaken actually gives an object a new status. In the case of a bechor, the expert’s pronouncement actually renders the bechor permitted (to be given to a kohen).

The Taz (Orach Chayim 498:9) draws a different distinction. In the case of a questionable tereifa, the rabbi’s ruling is not so significant because he does not change the animal’s chazakah since an animal is presumed to have been born without a defect. Therefore, his ruling is not nir’eh ke’mesaken. In contrast, regarding a bechor (which is also considered to have been born without a defect), the established presumption is that it is forbidden for slaughter (outside the Beis Hamikdash) until we can prove that that it has developed a blemish. Ruling that a bechor developed a blemish alters the status of the animal and therefore is nir’eh ke’mesaken.

According to the Taz, there are certain halachic rulings that cannot be made on Yom Tov. Suppose that before Yom Tov one had a mixture of kosher and non-kosher meat that was forbidden because most of that mixture consisted of non-kosher meat. On Yom Tov additional pieces of kosher meat fell into the mixture, and a rabbi is asked to determine whether the mixture is now permitted because it might consist mostly of kosher meat. Since the mixture was initially forbidden, the Taz would not allow the rabbi to issue a ruling on Shabbos or Yom Tov to permit it since such a ruling would alter the established status of the mixture.

What We Have Seen

The Korban Nesanel (os 40) disagrees, arguing that he has seen numerous rabbis who issued such rulings on Yom Tov. Moreover, he cites the Terumas HaDeshen (siman 54, as cited by the Magen Avraham, Orach Chayim 323:14) who explicitly permits rabbis to rule in this manner.

A Bechor Is Different

Nonetheless, the Korban Nesanel agrees that one cannot permit a bechor on Shabbos or Yom Tov. He explain that an expert’s ruling on a bechor’s blemish is akin to a judgment in a monetary lawsuit (which the Mishanh forbids on Shabbos and Yom Tov) because it results in a transfer of ownership. The firstborn animal is initially in the possession of hekdesh, and through the expert’s ruling it is transferred to the possession of a kohen. This type of ruling is similar to a monetary judgment whereby, as a result of the judge’s ruling, the defendant pays money to the plaintiff.

A Word Of Caution

Even though the Terumas HaDeshen permits a rabbi to rule on whether bittul has occurred in a mixture, he says that directly causing bittul by intentionally adding kosher meat to a mixture is forbidden because that is certainly considered an act of mesaken. 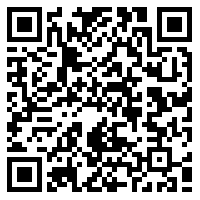