Answer: Rabbi Meir b. R’ Tudrus (Teshuvot Ramah) objected to saying “Kel melech ne’eman” before Shema, but Rabbi Yehudah b. R’ Yakar supported doing so. According to him, saying these words is a takanat chachamim – an edict of the Sages.

He cites a drash of Proverbs 4:2, “Shemor mitzvotai v’chyeh – Keep My commandments that you shall live.” It seems that the exposition is based on the “reish” at the end of “shemor,” the “mem” at the beginning of “mitzvotai” and the “chet” from “v’chyeh,” which is 248 in gematria and corresponds to the 248 words of Shema (if one says “Kel melech ne’eman”) and the 248 limbs of a person’s body. Shema serves as a protection from evil spirits that seek to harm man.

He also cites a Midrash (found in Rabbi Chaim Paltiel’s commentary on the Torah) about Jacob wishing to reveal the end of days – “the ketz” – to his sons. Because the matter was suddenly hidden to him, the letters “kuf” and “tzadi” don’t appear in the names of any of his 12 sons.

Once Jacob was prevented from revealing the end to his sons, he could have thought to himself, “Now my sons will believe that there’s no end to their exile; they’ll think that they’ll remain forever in exile.” To prevent Jacob from having this thought, his sons immediately exclaimed, “Do not suspect us, for ‘Kel melech ne’eman’ – we put our trust in Hashem, the G-d who is king and who is truthful and said He would redeem us even if you do not reveal to us the end of days.” They then immediately exclaimed, “Shema Yisrael Hashem Elokeinu Hashem echad – Hear O Israel, Hashem is G-d, Hashem is one.” “Shemor mitzvotai v’chyeh”: shemor ramach – with 248 words we will withstand the exile.

In his Minhag Sheroshei Ashkenaz, Rabbi Binyamin Shlomo Hamburger notes that Jacob wondered why the ketz was closed to him. “Possibly there is cheit (sin) amongst you?” he said to his children. They replied, “If you search our names, you will find neither the letter ‘chet’ nor the letter ‘tet’” – which spell “cheit.” Jacob then realized as he responded to them that neither did the letters “kuf” and “tzadi” appear in their names. Thus, he was unable to reveal the ketz to them.

Rabbi Yehuda b. R. Yakar writes, “Jacob’s sons exclaimed, ‘Kel melech ne’eman – Hashem is a G-d in whom we place our trust,’ which means: ‘Even though the revelation of the end of days was closed to our father Jacob who sought to reveal it to us, we know that He is a G-d who will redeem us, and even should He tarry, we will await Him.’ Upon hearing his sons’ declaration, Jacob responded, ‘Baruch sheim k’vod malchuto l’olam va’ed – May His Name be glorified for ever and ever.’” Upon hearing their father utter this proclamation, Jacob’s sons responded by saying, “Amen” (an abbreviation of “Kel melech ne’eman”). 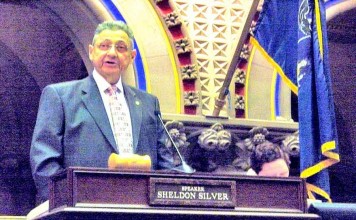