Question: I have read in the Kitzur Shulchan Aruch that an individual praying without a minyan does not recite the Selichot written in Aramaic. What is the reason?

Synopsis: Last week we discussed whether it is permitted to pray for the sick in Aramaic, since, according to R. Yochanan (Tractate Shabbos 12b), the Ministering Angels do not understand Aramaic. This statement of R. Yochanan is at odds with the opinion that these angels are said to know the innermost thoughts of man (see Tosafot ad loc.). We concluded that prayer for the sick is different, as the Talmud (loc. cit.) states, in that the Divine Presence comes to help the sick in their suffering, and thus there is no need for the aid of the angels.

We then raised the question why the intercession of angels is necessary at all since we address our prayers directly to G-d. We also pointed out that there is a difference between individual prayer (tefillat yachid) and congregational prayer (tefillat hatzibbur); for the latter, one is assured of acceptance.

Answer: Shiltei HaGibborim on the Rif (Berachot, beginning of Ch. 2, “Ha’ya korei baTorah’’) offers a reason for permitting individuals to pray in a language other than Hebrew. If an individual does not know Hebrew, we must find a way for him to pray in the language he knows (even if it is Aramaic). This is in accordance with the wording in Tractate Berachot (3a): “Whenever Israelites convene in synagogues and houses of study and respond, `Yehe shmei (`shemo’ according to the Maharsha) hagadol mevorach – May His great name be blessed,’ the Almighty nods and says, Happy is the king who is thus praised in his house.” Rashi comments that the “house” refers to the Beit HaMikdash, for the statement concludes with, “Woe to the father who had to banish his children, and woe to the children who had to be banished from the table of their father!’’

Tosafot remark that this response (given in Hebrew) is the equivalent of the liturgy in Aramaic that is part of the Kaddish, “Yehei shemei rabbah mevorach.” They dispute the opinion of those who maintain that this prayer of praise, which is a beautiful prayer, was instituted in Aramaic so that the angels would not understand it, and thus would not be jealous of us. Tosafot note that there are many other beautiful liturgical passages in Hebrew. Rather, Tosafot explain, Kaddish used to be recited at the conclusion of lectures given for the populace at large, among whom there were many “amei ha’aretz” who did not understand Hebrew. That prayer was therefore instituted in Aramaic, the language spoken by all.

But even this explanation of Tosafot does not answer our question concerning why individuals are not allowed to pray in Aramaic.

The Tur (Shulchan Aruch, O.C. 101, Hilchot Tefillah) quotes his father’s statement that an individual may recite prayers in any language – except in Aramaic. The Beit Yosef (ad loc.) explains that the angels have an aversion to Aramaic, which is not the case with other languages. Chochmat Shlomo, commenting on R. Yosef Caro’s ruling in the Shulchan Aruch (Orach Chayim loc. cit.) that prayers can be recited in any language, notes that the angel of each of the 70 nations intercedes for that nation in its own language. Thus Michael, the angel of Israel, uses Hebrew, and an individual should not pray in a language which the nation’s angel does not speak. This statement disputes the rulings of the Tur and R. Yosef Caro. The author of the commentary also cautions against those who have instituted prayers in any language other than Hebrew. He refers here to “formally structured communal prayers” recited to fulfill our daily obligations of tefillah.

To explain the aversion the angels are said to have against the Aramean language in particular, we turn to the statement of R. Yehuda in the name of Rav (Sanhedrin 38b): The first man, Adam, spoke in Aramaic, for it is written (Psalms 139:17), “Ve’li mah yakru re’echa, Kel – How valued (or weighty) are your thoughts of me, Hashem.”

To explain that statement, the Maharsha (ad loc.) quotes R. Yochanan’s statement in Bava Batra (75b): In time to come the righteous will be called by the name of Hashem, for it is written (Isaiah 43:7), “Every one that is called by My name, whom I have created for My glory – I have created them and fashioned them.” The Maharsha asks: Where in that pasuk is the “righteous’’ and the “time to come’’ mentioned? He explains that honor is attained only through the Torah. Indeed, the Gemara (Sanhedrin loc. cit.) continues its comments about Adam, stating that G-d showed him every generation to come and its scholars, every generation and its sages. When it came to the generation of R. Akiva, Adam rejoiced at his learning but was grieved at his death. (R. Akiva died a martyr’s death at the hands of the Romans). That is when Adam exclaimed, “Ve’li mah yakru re’echa, Kel.”

“Mah yakru” is the Aramaic equivalent of “mah kavdu.” Adam did not want the angels to understand what he was saying because they would be jealous of him. Not only had G-d created man, but He also intended to give the Torah to a human being. The angels therefore have an aversion to the language Adam used to affirm our right to the Torah, which the angels would have liked to possess. Thus it is only in Aramaic that we are not permitted to pray.

However, the saintly Chofetz Chaim – in line with the previously quoted Chochmat Shlomo – comes out very strongly in his Mishna Berurah on the Shulchan Aruch (loc. cit.) against those who would alter the language of our prayers from Hebrew to another language. He underscores that our Tefillot are ancient, and that our Sages instituted that they be said in Hebrew, also called lashon hakodesh (the holy language). He is contemptuous of those who remove any reference to Jerusalem and the ingathering of the exiles from their congregational prayers. He concludes that it was precisely because the Children of Israel did not alter their language (shelo shinu et leshonam) that they were delivered from the servitude in Egypt. In that merit we will hopefully be delivered from this galut as well. 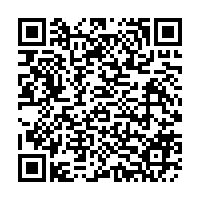