Question: My custom is not to don tefillin on Chol HaMoed. What should I do if I go to a shul that has the opposite custom?

Answer: To satisfactorily respond to your question, we must first understand the basis of the two customs. The Torah states (Exodus 31:16-17), “Ve’shamru Bnei Yisrael et ha’Shabbat la’asot et ha’Shabbat l’doratam brit olam. Beini u’vein Bnei Yisrael ot he l’olam ki sheshet yamim asah Hashem et hashamayim v’et ha’aretz u’vayom hashevi’i shavat va’yinafash – The Children of Israel shall observe the Sabbath to make the Sabbath an everlasting covenant. Between Me and the Children of Israel, it is a sign forever that in six days G-d created the heavens and the earth, and on the seventh day He ceased from work and was refreshed.”

So the Sabbath is a sign, and since the Talmud (Shabbos 60b) states that there is “no difference between Festivals and the Sabbath except for [the preparation of] food for a person” (see Tosafot, ad loc. sv “ein bein Yom Tov …”), Yom Tov is also a sign.

Another sign are tefillin: “Ve’haya le’ot al yadcha u’letotaphot bein einecha ki b’chozek yad hotzi’anu Hashem mi’Mitzrayim – And it shall be a sign upon your arm, and frontlets between your eyes, for with a strong hand did G-d bring us forth from Egypt” (Exodus 13:16). Tefillin remind us of the omnipotence of G-d who molded us into a nation.

A baraita in Tractate Menachot (36b) states in the name of Rabbi Akiva: One might have thought that one should don tefillin on Sabbaths and Festivals; therefore, Scripture says (loc.cit.), “‘And it shall be a sign upon your arm’ – that is, [only on those days] that need a sign. Sabbaths and Festivals are excluded since they themselves are signs.”

Tosafot (s.v. “Yatz’u”) explains that the exclusion has nothing to do with work being forbidden on those days. In fact, much work is permitted on Chol HaMoed, but it is still considered a Festival, which is why one must eat in a sukkah during Chol HaMoed Sukkos (and not eat chametz on Chol HaMoed Pesach).

The Tur (Orach Chayim 31:2) states that some authorities are doubtful whether donning tefillin is required on Chol HaMoed. Therefore, he writes, we should put them on but without a blessing. Others rule that a beracha is required.

In Darkei Moshe, the Rema writes that people should don tefillin on Chol HaMoed but say the blessing quietly in shul. Rabbi Ovadia Yosef, zt”l, notes that even if the blessing is not recited, one may not talk between donning the hand tefillin and the head tefillin, except when to respond to Kaddish and Kedushah (as quoted by his son, the current Sefardic chief rabbi of Israel, Rabbi Yitzhak Yosef, shlit”a, in Yalkut Yosef).

He then continues: “All Sefaradim do not put on tefillin while all Ashkenazim do but without reciting the blessing – and this is the proper way. Many gedolei Ha’Acharonim continue the discussion…and, therefore, each should follow his minhag. There are now many Ashkenazim who do not don tefillin on Chol HaMoed [e.g., followers of the Vilna Gaon and Baal Shem Tov, who follow the Zohar].”

The gaon Rabbi Moshe Feinstein (Igrot Moshe, Orach Chayim, chelek 5, responsum 24) discusses the matter at great length, including the problem of violating lo ta’aseh (Deuteronomy 14:1) and “lo titgodedu” (Yevamot 14a), which prohibits creating different sects within a community, each with its own minhag. Rashi (Yevamot 13b s.v. “lo ta’asu agudot, agudot”) explains that doing so gives the impression that there are two sets of Torah laws.

Rabbi Feinstein’s reasoning is explained in two other teshuvot (Igrot Moshe, Orach Chayim, chelek 4, responsa 33, 34). In the first, he permits several families who follow Nusach Ashkenaz to join the membership of a congregation that follows Nusach Sefard. In the second, he does not allow individuals to practice customs that are obviously different from the local practice due to “lo titgodedu” and the rabbinic injunction to avoid machloket (Pesachim 50).

America is considered a new settlement without a set custom; therefore, one should follow the custom of one’s family. Some synagogues take great pains to create separate minyanim, but increasingly congregations are dispensing with separate minyanim and allowing everyone to pray together for the sake of unity. 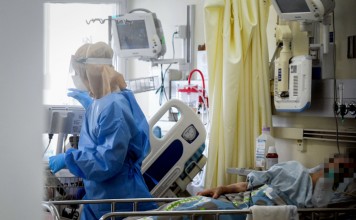 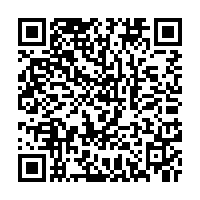