Question: The Kitzur Shulchan Aruch states that a person should put on his right shoe first but tie his left shoe first. The reason is that the right side is generally considered more important except when it comes to tying (since tefillin are wrapped on the left arm). Perhaps, though, the right is more important even for tying and tefillin is an exception since we can only wrap tefillin with one hand (and thus halacha dictates that we use our right one). We tie our shoes with both hands, though, so perhaps it makes sense to tie our right shoe first.

The Aruch HaShulchan (Orach Chayim 2:8) notes that this halacha is not found in the works of such Rishonim as the Rif, Rambam, Rosh, Mordechai, and Smag. This omission, argues the Aruch HaShulchan, is based on the Gemara’s conclusion, which quotes R. Ashi saying, “I have watched R. Kahana who was not particular in this matter.” Nonetheless, writes the Aruch HaShulchan, we should follow the Tur (and Mechaber and Rema), who records the practice of R. Nachman b. Yitzchak as normative halacha.

Let’s examine several sources on the primacy of the right side over the left. The Mishnah (Yoma 43b) states that kohanim would walk on the right side of the altar’s ramp in the Beis HaMikdash when ascending and descending it. It also states (Sotah 15b) that the kohen who collected earth from the Heichal to put into the water given to the sotah turned to his right to take this earth when he entered the Heichal. He turned specifically in this direction, says the Gemara (Yoma 45a), because of the principle, “Any turn you make shall be to the right.”

Based on this Gemara, the Rambam (Hilchot Tefillah 14:13) rules that when the kohanim turn to face the people for the Priestly Blessing (and when they conclude and turn away), they should turn to the right.

More conclusive to our question is the following Gemara (Yoma 58b-59a) concerning a kohen sprinkling sacrificial blood toward the Golden Altar. The Gemara wonders if he should do so with a turn of his hand or with “a turn of his leg.” The question is whether turning to the right applies only when the entire body (“a turn of the leg,” which causes the entire body to turn) is involved in an action or even when just a movement of the hand is involved.

The Chatam Sofer (Responsa, Orach Chayyim 187) rules that even when a matter only involves a turn of the hand, the turn should be toward the right. Thus, for example, we light Chanukah candles by starting on the left and moving toward the right.

May it be G-d’s will that the redemption come soon and so we can experience the glory of our Holy Temple in Jerusalem. 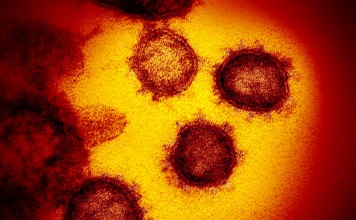 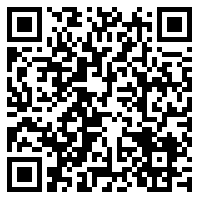