Question: I’ve always been intrigued by the large assemblage that gathers at the gravesite of R. Meir Ba’al HaNes in Tiberias on his yahrzeit, the 14th of Iyar. Why is such attention directed to his gravesite, in particular?

Answer: We read the following in Ateret Chachamim, authored by Rabbi Chayim Palaggi: “If a person is troubled about one’s merchandise stored in a dangerous place – whether on the sea or on dry land – or merchandise that has lost some of its value, or for which no purchasers to be found, he should pray to G-d that He grant him profit and save him from any loss.

“Even better, perhaps, is for him to assemble 10 indigent scholars who are G-d-fearing and who greatly value His Holy name to recite the entire Book of Psalms on his behalf so that he succeed.”

He adds that they should also light a candle before the aron in shul for the benefit of R. Meir Ba’al HaNes’s soul and then say, “G-d of Meir, answer me” two times.

In Keter Shem Tov (p. 23), the Ba’al Shem Tov is quoted as saying that “if a person finds himself in danger and needs a miracle, he should donate 18 large coins for candles to be lit in honor of R. Meir Ba’al HaNes’s soul and recite three times in a loud voice, ‘I donate these 18 large coins for candles in honor of R. Meir Ba’al HaNes,’ and continue with ‘G-d of Meir, answer me.’”

He should then say the following Yehi Ratzon prayer: “May it be Your will, Hashem, our G-d and the G-d of our fathers, that just as You heard the prayers of Your servant [R.] Meir and wrought miracles and great wonders on his behalf, so may You do for me and for all those who are in need of miracles, be they hidden or open. Amen.”

In Mat’amim Hechadash (p. 63), we find a record of a widespread custom to donate candles to a shul or to charity on behalf of the soul of R. Meir Ba’al HaNes, along with reciting his prayer in times of dire need or trouble. The donation should be sent to the needy in Israel.

These practices are based on the Gemara (Avoda Zara 18), which states that R. Meir instructed a guard to recite, “G-d of Meir, answer me” should he encounter serious trouble. (We also know that the act of giving charity itself has the power to abolish harsh decrees. In Tractate Shabbos [156b] we learn that Rabbi Akiba’s daughter was saved from a decree of death because of a selfless act of charity.) We also hope that the merit of R. Meir and the scholarly recipients of charity will save the donor from misfortune.

Darkei Chayyim V’shalom (974, Divrei Torah 1:9) states that it is a well-known tradition of the Gaon Ateret Zvi of Ziditchov that if an individual is dangerously ill, he should donate charity on behalf of R. Meir Ba’al HaNes’s soul.

R. Meir died in Asya (Talmud Yerushalmi, Ketubot 12:3; Kilayim 9:3). Just before he died, he instructed the attending students to inform his students in Israel of his death since he wished to be buried in Israel.

Rabbi Moshe Kliers writes in Tabur Ha’aretz (p. 112), “It is probable that R. Meir was buried in Tiberias as that was his principal place of study. Thus, when they brought him to Israel they surely brought him to Tiberias for burial.”

We find additional confirmation of Tiberias as the final resting place of R. Meir in Rabbi Eisenstein’s Otzar Masa’ot (p. 63). There we are also informed that the grave of R. Meir in Tiberias is first mentioned by the Tosafist Rabbi Samuel b. Samson, who was in the land of Israel in 1211. Rabbi Samuel wrote, “From Beit She’an, we proceeded to Tiberias, and before we arrived in the city, we saw on the outskirts the gravesite of R. Meir.”

Further in Otzar Masa’ot (p. 69), Rabbi Eisenstein states that Rabbi Yaakov, the messenger of the Tosafist Rabbi Yechiel of Paris, writes about Tiberias: “At one side of the mountain R. Meir is buried, and below it are chamei Teveriya – the hot baths of Tiberias.”

In addition, Ari HaKadosh confirmed that the gravesite thought to be R. Meir’s is indeed his. (The Ari confirmed the authenticity of many other burial places as well.)

Today, R. Meir’s gravesite attracts visitors who pray there, not only on his yahrzeit, the 14th of Iyar, but every day of the year. May the great Tanna and tzaddik R. Meir Ba’al HaNes continue to intercede on our behalf in this time of difficulties in Israel and the diaspora! 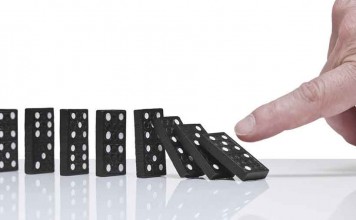 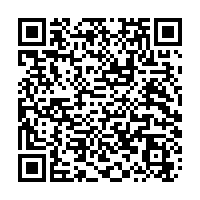