On those days that we recite Hallel, why do we do so before Keriat HaTorah? Shouldn’t the Torah reading come first based on the rule that whenever two matters face us, we do the more frequent one first (tadir v’she’eino tadir, tadir kodem)?

According to the Bach, Moshe was the one who started the institution of Keriat HaTorah, (Orach Chayim 47), which is basically a reenactment of the giving of the Torah at Mt. Sinai as evidenced by the blessings recited before and after receiving an aliyah: “asher bachar banu…v’natan lanu et Torato – who has chosen us…and gave us the Torah” and asher natan lanu Torat emet – who has given us a truthful Torah.”

The Gemara concludes that the sages of the Great Assembly and the numerous prophets among them enacted that the Jewish people recite Hallel at specific set times and after being saved from a calamity.

Interestingly, Rashi (sv “Yehoshua v’chol Yisrael amruhu”) interprets R. Yehuda’s statement, “Joshua and the Israelites who said it” as “Joshua and the Israelites who also said it.” The Rashbam (sv “Yehoshua v’chol Yisrael amruhu”) dissents, arguing that we then would have to interpret all the opinions in the Gemara in a similar matter (e.g., “Mordechai and Esther also said it…”), which wouldn’t make sense.

In any event, Hallel is a prayer recognizing our deliverance from the hands of an enemy, which we are required to recite from time to time. The Gemara (Arachin 10a) states: There are 18 days when a person is required to recite the whole Hallel: the eight days of Sukkot, the eight days of Chanukah, the first day of Pesach, and Shavuot. In the Diaspora, it is recited on 21 days – the 18 listed plus an extra day at the start of Sukkot, Pesach, and Shavuot (due to sfeika d’yoma).

With the exception of Chanukah, Hallel is always recited on a day when we also recite Mussaf. Why, though, do we recite it immediately after Shacharit? Why not after Keriat HaTorah before Mussaf? 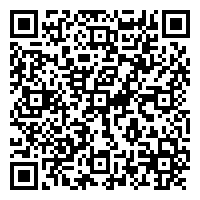