Question: In the course of my travels, I have discovered that some chazzanim say “Ga’al Yisrael” right before Shemoneh Esreh aloud while others say it with their voices fading. Is one practice correct and the other incorrect?


We cited “Jewish Prayer The Right Way” by Rabbi Yaakov Simcha Cohen, zt”l, who notes that the custom to fade out while saying “Ga’al Yisrael” may be to prevent the congregation from saying “Amen” to this berachah and thus separate “ge’ulah” from “tefillah.” Rabbi Eliyahu Henkin, zt”l (“Eidut L’Yisrael,” p. 161), however, argues that this custom is not in accordance with halacha, which requires the chazzan to discharge the prayer obligation of the congregants.

Rabbi Cohen also cites a dispute between the Mechaber and Rema (O.C. 111.1) regarding whether one should say Amen after the chazzan says “Ga’al Yisrael” and notes a similar dispute regarding the blessing “Ha’bocher b’amo Yisrael b’ahavah” prior to Shema. The Mishnah Berurah states that we should say this blessing with the shaliach tzibbur so as to avoid the necessity of saying Amen. Rabbi Cohen notes that many do the same for “Ga’al Yisrael.” Rabbi Yaakov of Lissa maintains that this practice is proper as does the Shulchan Aruch Harav (who notes, though, that the common custom is to say Amen).

The Chayyeh Adam notes that one must always connect ge’ulah to tefillah even at the expense of tefillah b’tzibbur. The Mechaber rules likewise. The Rema distinguishes between the weekday tefillah (when connecting ge’ulah to tefillah is necessary) and that of Shabbos (when it is not).

The Gemara (Berachot 9b) cites various verses from where we derive the need to join ge’ulah to tefillah.

The Gemara (Berachot 9b) states: “We were taught in a baraita that the Vatikin used to finish Shema with sunrise in order to join ge’ulah to tefillah and say the tefillah in the daytime. R. Zeira said: What is the scriptural support for this practice? ‘Yira’ucha im Shemesh, v’lifnei yareach dor dorim – They will fear you as the sun and the moon endure, generation to generation.’” Rashi explains that the reference to the moon concerns Minchah, which is properly said with the waning of the sun.

The Gemara continues: R. Yosi b. Elyakim testified in the name of the community of Jerusalem: “One who joins ge’ulah to tefillah will suffer no mishap for that entire day.” R. Zeira responded, “That is not so for I joined ge’ulah to tefillah and nevertheless met with a mishap.” When asked to elaborate, he responded: “I had to carry a myrtle branch to the king’s palace.” In other words, he was required to do forced labor for the king. R’ Zeira was told, though, that he should not consider that incident a mishap since he would have had to have paid to see the king in any event for R. Yochanan said: “A man should always be eager to run to see the kings of Israel. And not only should he be eager to see the kings of Israel, but also the kings of the gentiles, so that if he is found worthy he may be able to distinguish between the kings of Israel and the kings of the gentiles.”

Tosafot (s.v, “kol ha’someich geulah l’tefillah…”) comments on the incident of R. Bruna (cited earlier) who succeeded in joining ge’ulah to tefillah and therefore smiled for the rest of the day. What does this incident teach us? Doesn’t everyone have to join ge’ulah to tefillah? What did he do beyond what he was supposed to do? Tosafot answers that he acted like those special pious people, the Vatikin, who say Keriat Shema before sunrise and then tefillah immediately after sunrise. From Tosafot it is evident that the statement that no mishap will occur to one who joins ge’ulah to tefillah refers to those pious people as well, the Vatikin, since they fulfill the mitzvah in its optimum manner (see Tosafot supra s.v. “l’keriat shema k’vatikin”).

We find the following interesting story in the sefer Nefesh HaRav by Rabbi Herschel Schachter, shlit”a, rosh kollel and rosh yeshiva at RIETS of Yeshiva University. Once, on a Shabbat when he was still in Europe, the Gaon Rabbi Moshe Soloveitchik, zt”l, came late to shul and by the time he reached Ga’al Yisrael, the congregation was ready to recite Musaf and he was not sure whether to say the Shemoneh Esreh of Shacharit or Musaf.

Indeed, one can connect ge’ulah to tefillah even at Minchah according to the Rambam who rules that one who recited Shema after its required time can still say its accompanying blessings (which includes “Ga’al Yisrael”), even after Chatzot. Thus, one can fulfill one’s obligation to join ge’ulah to tefillah at Minchah. Therefore, reasoned Rav Moshe Soloveitchik, he could also discharge this obligation by saying Musaf right after “Ga’al Yisrael.”

When Rabbi Moshe Soloveitchik later spoke to his father, the Gaon Rabbi Chaim Soloveitchik, zt”l, about this matter, the latter agreed with him about connecting ge’ulah to tefillah, but maintained that he would have also fulfilled his tefillah b’tzibbur obligation by saying Shacharit Shemoneh Esreh while the congregation was saying Musaf Shemoneh Esreh. Tefillah b’tzibbur does not require that everyone be praying the same tefillah.

The Gaon Rabbi Yosef Dov Soloveitchik, zt”l – Rav Moshe’s son, who followed him as rosh yeshiva at REITS – in recounting this episode, suggested that even according to his grandfather, Rav Chaim, it is possible that if his father had davened Shachrit Shemoneh Esreh instead of Musaf Shemoneh Esreh, he would not have been included in the Musaf chazarat ha’shatz of the shaliach tzibbur. 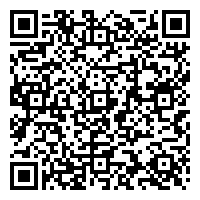