In previous weeks we discussed the spiritual growth one can actively achieve through Kabbalas Shabbos, Maariv, and Shabbos clothing. This week we will discuss the mitzvah of Shabbos candles. The basic idea of this mitzvah is that every Jewish household should have a minimum of two[i] Shabbos Candles lit 18 minutes before sundown on Friday evening. As women are the caretakers of the home, this mitzvah was awarded to them to perform, although obviously a man must carry out this mitzvah in the absence of any women in the house. However, even when women light the candles, the men are enjoined to look at the flames when they say the words “And Hashem completed the heavens and the earth…” (Va’yechulu) in the Friday night Kiddush.


What growth can we achieve through the mitzvah of lighting special candles for Shabbos? What lesson does Hashem want us to learn from this mitzvah? And why is it that we must look at the flames during the first paragraph of Kiddush? What’s the connection between the candles and Va’yechulu? Come; we have a way to go.

To answer these questions, let’s take a look at the Torah’s view of ohr – light. If we would open up a sefer Torah, we wouldn’t have to look too far. Ohr was actually the first of G-d’s utterances mentioned in the Torah. We see this from Rashi who elucidates the first verses of the Torah to read “In the beginning of Hashem’s creating of the heavens and the earth, when the earth was astonishingly empty… Hashem said ‘Let there be light!’” I do believe that this fact is very informative regarding the purpose of the world. Hashem only had one goal in creating the universe – so that we can benefit from His light. The way this works is through the mitzvos Hashem gave us. Every time we do a mitzvah, we become holier, because mitzvos incorporate a godly light into ourselves. When we disobey Him, that holy light is diminished.

So now we know that ‘light’ is an integral part of a Jew’s worldview. But what does this have to do with Shabbos? To answer this question, we’ll have to turn to the Ramchal in his sefer Derech Hashem (Part 4, Chapter 7). Ramchal writes there that the world needs a certain amount of Divine light in order to survive. To that end, Hashem’s wisdom decreed that on certain days in the year, a Divine light will shine down on us, thereby sustaining our world. Shabbos is one of those unique days when a degree of Hashem’s light (automatically!) shines and lifts our souls to greater levels of holiness. The Ramchal adds that not only does this light have the ability to uplift the 7th day, but it can also serve as a “seal” for the rest of the week and thereby “uplift and rectify” the other 6 days as well.

(Incidentally, Ramchal adds that this idea can also explain why one may not engage in the 39 forbidden labors on Shabbos. He explains that the 39 primary categories of labor are the epitome of physicality. If a person engages in them, he is essentially attaching himself to physicality – which is entirely inappropriate for the day when a special spiritual light is shining.)

Perhaps this piece from Ramchal can help us answer our questions. The significance of Shabbos Candles is in that they represent the purpose of the world – Hashem’s light. We accord honor to this holy day on which Hashem sends His light by kindling our own flames – thereby representing that we recognize that our goal is to achieve a higher level of spirituality.

Perhaps this also can explain why we light the candles 18 minutes before the sun actually sets. Let’s suggest that we want to show Hashem that we are the ones initiating the effort to become more godly people. This will hopefully bring down assistance from Above in detaching ourselves from physicality and in opening ourselves up to the holiness inherent in Shabbos.

Let’s conclude by answering that which we asked about why we look at the lights when we say the words “And Hashem completed the heavens and the earth…” Perhaps the understanding is that, when we mention the creation of the heavens and earth, Hashem wants us to remember that there is a very specific goal He had in mind when creating them. They were made solely for the purpose of bringing down His light. If we could only hear the candles speak, we would hear them saying “We represent Hashem’s light. Hashem completed the heavens and the earth only for our sake! May it be His Will that we spread to the four corners of the earth! How praiseworthy are you, the Jewish People, who make this job your raison detere.”

So here’s a seventh thing you can do on Shabbos: light the Shabbos Candles. A) Display how you understand that the purpose of the world is to bring down Hashem’s light. B) Honor the sustaining light that shines on Shabbos. C) Don’t wait for Shabbos to start by sundown; accept Shabbos 18 minutes earlier so Hashem will see that you want to initiate in the job of becoming holy. D) Look at the candles when you say the words “And Hashem completed the heavens and the earth…” (Va’yechulu) in Kiddush and remember that Hashem’s light is our sole reason for being created.

[i] The letter of the law requires only one candle. However, the accepted custom is a minimum of two. 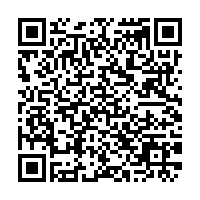