Knesset Member Talab Abu Arar (Joint Arab List) urged the Knesset Committee on Education on Tuesday to open an Arab College in the Negev “as soon as possible,” according to a report by the Bethlehem-based Ma’an news agency.

Abu Arar, a resident of Arara, told the committee that the Ministry of Education is opening civil colleges to meet the needs of parents in the Negev, and stressed there is an intense need for an Arab College as well.


He added that Bedouin parents in the Negev are becoming increasingly open towards education for both males and females in their communities, and that the government “must meet their demands and needs, and to remove the obstacles to admission to universities.”

He said the opening of an Arab College has gained initial approval, but that government obstacles halted progress on the subject.

“There are thousands of Arab students from the Negev studying medicine and other topics abroad,” Abu Arar pointed out. “They are forced to study abroad because of the obstacles to their acceptance in this country.

“Assurance of the ministry’s support and adoption of an agreement to open an Arab college in the Negev is an urgent necessity for them especially at this particular time,” he added.

Many Israeli Arab students with no previous record of criminal activity are first recruited to radical Islamist causes by terrorist organizations while learning at universities abroad. 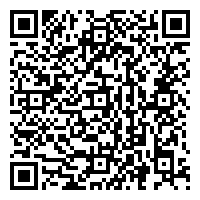