“On Purim, what are your children dressing up as?” Mrs. Kahn asked her neighbor.

“Our whole family chooses a theme,” answered Mrs. Lieber. “My husband and I also dress up. This year we’re going to be Noah’s ark.”

“My son dressed up as a lion last year,” exclaimed Mrs. Kahn. “We bought this great costume. It was so realistic!”

“Do you still have it?” asked Mrs. Lieber.

“Yes,” replied Mrs. Kahn. “We keep the Purim costumes in a closet.”

“Would you mind lending it to me?” asked Mrs. Lieber.

“With pleasure,” replied Mrs. Kahn. “We’re not using it this year.”

On Purim morning, Mrs. Lieber dressed up her son as a lion with the costume from Mrs. Kahn. Throughout the day, the “lion” romped around the neighborhood. By evening, the costume was stained and slightly torn.

After Purim, Mrs. Lieber washed the costume, but one stain and the slight tear remained.

“What should I do?” Mrs. Lieber asked her husband.

“We’ll have to buy a new one,” said Mr. Lieber. “We’re borrowers and completely liable for the costume. But I suggest that you first show it to Mrs. Kahn and see what she says. It’s only a costume and she may not mind.”

“My son used the lion costume on Purim,” Mrs. Lieber told Mrs. Kahn. “Unfortunately, it got stained and slightly torn. If you want, we’ll buy you a new one.”

Mrs. Kahn looked at the costume. “It’s only a costume,” she said. “I can sew the tear and, anyway, I don’t know when we’ll use it again. I’ll show my husband.”

“Whatever you think,” said Mr. Kahn. “However, if it got ruined through normal use on Purim, I’m not sure Mrs. Lieber is liable. I’ll talk it over with Rabbi Dayan at his weekly shiur; Mr. Lieber also attends.”

After the shiur, Mr. Kahn and Mr. Lieber approached Rabbi Dayan. “My wife lent Mrs. Lieber a lion costume for Purim, which got slightly ruined,” Mr. Kahn said. “Are they liable for it?”

“Nonetheless, it is expected that a guardian will rely on his wife and mature children,” continued Rabbi Dayan. “Similarly, it seems permissible to allow them to use a borrowed item. However, a guardian may not rely on his young, minor children. Similarly, a borrower cannot allow them use of the borrowed item; doing so would constitute negligence on his part.” (C.M. 291:21)

“What about a child’s costume?” asked Mr. Lieber.

“In our case, a costume intended for children was clearly borrowed for them,” replied Rabbi Dayan. “As such, it is logical that usage by children, and any ensuing typical damage, is par for the course, and included in normal wear and tear. The parent cannot be expected to constantly supervise and protect the borrowed item from any blemish typical for children of that age.”

“Even a borrower is not liable for meisah machamas melacha, when the item died, broke, or was damaged through normal use, and certainly not for normal wear and tear of the item,” added Rabbi Dayan. “Therefore, Mrs. Lieber is exempt for stains or small tears that are customary when children wear such a costume. However, the parent would still be responsible for excessive damage not typical for such an age, since that cannot be called damage due to normal usage.” (C.M. 340:1; Pischei Choshen, Pikadon 9:9[24])

Clarification: In light of responses received regarding the Feb. 9 column – titled “Deny!” – I would like to reiterate that, as stated in the article, lying in beis din is unequivocally prohibited. Even the opinions that expressed some element of leniency in certain situations did not allow this. 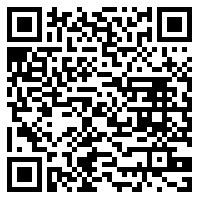