One of the more controversial aspects of the laws of eruvin – which has direct bearing upon how and if the construction of an eruv, as we know it, is possible – lies in the definition of a reshut harabim. Although there is a wide spectrum of opinions among the Rishonim, the generally accepted definition is as follows: A reshut harabim is an unroofed, public area or highway, open at both ends – mefulash – being at least sixteen amot (24 to 32 feet) wide, through which at least 600,000 people (equivalent to the counted male adult population of the Jewish encampment in the desert) might pass in one day.

Then too there is an area that qualifies neither as a reshut hayachid nor as a reshut harabim because it lacks one of the necessary conditions. Such a betwixt and between area is known as a karmelit.

In a typical city most streets are not mefulash, in that they do not cut through the entire city in a straight line from one end of the city to the other. Rather, they wind and curve so that they are always surrounded by walls and buildings on all three sides. Such streets that are portioned off on all three sides are considered by the Torah to be a reshut hayachid, in which carrying would be biblically permitted. The rabbis, however, fearing that people would not be able to distinguish between such streets and other streets that do qualify as a reshut harabim classify those streets as karmelit. Accordingly, they prohibit carrying in streets unless a halachically valid enclosure is positioned at the open end and an eruv ceremony is performed. The purpose of the eruv is to enclose the area in question, on all sides, so that it becomes a reshut hayachid, recognized as such by the rabbis.

If the area in question qualifies as a reshut harabim, it can only be converted into a reshut hayachid by installing real doors or gates at its perimeter, which, like the gates of Jerusalem of old, must be capable of being closed at night. If, however, the area in question is not a reshut harabim, but only a karmelit, then it may be converted into a reshut hayachid by simply constructing a form of a symbolic doorway known as a tzurat hapetach, which usually takes the form of two poles with a wire across the top, or some similar construction.

The halachic license to carry in a street enclosed by a symbolic doorway rather than by real doors that can be closed at night is based on the theory that most streets, as we know them today, are not in the category of reshuyot harabim. But if there is doubt whether a particular street is of such dimensions that it might qualify as a reshut harabim, then a potential biblical violation of carrying is involved and a tzurat hapetach may not be acceptable. Most modern tzurat hapetach eruvin utilize preexisting structures such as fences, walls, embankments, sides of buildings and long lines of overhead cables. Most gaps of up to ten amot do not disqualify an eruv, because they are considered entrances to the enclosure. Gaps in excess of ten amot do disqualify the eruv, but can be fixed by bridging them with a tzurat hapetach, such as overhead cables or strategically placed wire. 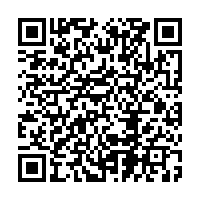