It’s 1 p.m. on Friday, Erev Pesach. The rabbi had already sold the chametz at 10:30 a.m. But I forgot to sell mine. Now the synagogue office is closed and I can’t get hold of the form the rabbi uses to sell the chametz. The Torah requires me to remove all chametz from my house on Pesach. But I just cannot bring myself to throw out that Glenfiddich. Is there a way the whisky can remain in my house during Pesach, and would I be able to drink it after Pesach?

A halachic hour is the unit of time derived by dividing the period of time between sunrise and sunset by 12, and it can be more or less than 60 minutes depending on the time of the year. Between the fourth and the fifth halachic hour of the day one may not eat chametz, but one may still derive benefit from it or sell it to a non‑Jew. By the end of the fifth halachic hour of the day, the chametz must be burned – biyur chametz – and legally nullified – bitul chametz – by reciting the nullifying declaration known as kol chamirah. At the same time, the sale of chametz to a non-Jew takes effect.

If the chametz has already been legally nullified and physically burned, so that it is neither owned nor possessed by a Jew, why is it necessary to sell it to a non‑Jew? The answer is that the intent to nullify one’s ownership may not have been sincere (that bottle of Glenfiddich) or one may have entertained the thought during the bitul declaration to sell certain chametz rather than nullify it.

Furthermore, one may have neglected to destroy all one’s chametz, such as certain brands of deodorants and colognes etc. So, if the chametz is sold, why is it necessary to burn it? The answer is that there is a positive commandment to destroy chametz called hashbata. While it is unnecessary to incur severe financial loss by destroying all chametz, a token amount of chametz should be burned to fulfill the mitzvah of hashbata.

Are you kidding? You know the non‑Jew is not going to consume your chametz. He is not really paying you for it; neither is he taking possession of it. He does not even know where it is. Even if he did, how is he going to gain access to your house on Pesach? And what happens if, after Pesach, he refuses to sell it back to you?

If properly done, the sale of chametz is indeed an effective sale. Such a sale should cause as little skepticism on our part as other everyday legal structures such as the sale and lease back of machinery where the equipment never leaves the premises of the purchaser and little money initially changes hands. The fact that the non‑Jew chooses not to exercise his right of ownership does not mean he does not have this right. Neither does it render the sale fictitious. In fact, if the non-Jew paid the full value of the chametz and refuses to transfer ownership of the chametz back to the Jew after Pesach, there is no way, under Jewish law, that one can compel him to do so. The sale is irrevocable, unless the non‑Jew chooses to rescind it after Pesach.

The origins of this sale can be found in the Tosefta. A Jew and a non‑Jew were traveling together on a ship on a business trip. It was Erev Pesach and the Jew had chametz in his possession. He did not want to throw it overboard nor did he want to give it away. The Tosefta permits the Jew to sell it to the non‑Jew with the intention in mind of buying it back after Pesach.

As long as the transaction is not structured as a conditional sale, it works. Later, the rabbis of the Jewish whisky merchants of medieval Europe further refined the legal structure. Because taking possession of the whisky by the non-Jew often resulted in damage and because few non‑Jews were able to afford the full purchase price, the rabbis devised halachic ways to leave the chametz in the possession of the Jew during Pesach even after the sale and to effect the sale for a token up front payment.

“If you cannot remove the chametz,” said the rabbis, “sell or rent the room or space in which the chametz resides.” And based on the concept of a credit sale, already known to the Talmud sages (Bava Metzia 77b), they permitted a token payment to be made up front and the rest to be deferred as an IOU, to be repaid by the non‑Jew after Pesach.

Immediately after Havdalah on Motzaei Pesach, the rabbi asks the non-Jew if he would agree to sell the chametz back. If the non‑Jew agrees, the deposit is returned to him and the loan becomes void. It is just like when you return the air conditioner to the store where you purchased it with a minimum payment on your credit card.

Since the terms of the sale are complicated, it is our practice to leave the transaction in the professional hands of the rabbi by signing a power of attorney in his favor, just as one would authorize an attorney to sell one’s house. The power of attorney sets forth the basic details of the type, value and whereabouts of the chametz and how it can be accessed during Pesach and the rabbi then sells the chametz and the location in the house where the chametz resides to the non‑Jew on your behalf.

According to Rav Moshe Feinstein, if you cannot get to the rabbi to sign, you can empower him over the phone. Based on the principle of “zachin le’adam shelo befanav,” (one Jew may perform a mitzvah for another Jew even without his consent), many poskim rule that power of attorney can cover all members of the community, even those who forgot to sign the power of attorney or call the rabbi before Pesach.

If you are traveling to Israel for Pesach and you did not sell your chametz before you left the U.S., you should sell it in Israel before the fifth hour, Israel time, even though it is long before Pesach in the U.S. On Motzaei Pesach, however, you should wait until Pesach is over in the U.S. before buying it back.

This article is not intended to be a psak halacha. For a psak, please consult your posek. 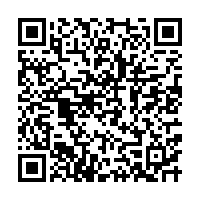