A French Jewish woman murdered by a Muslim killer earlier this week in her third floor apartment, where she lived alone in the 11th arrondissement (district) in Paris, was the victim of radical Islamist terror.

The woman, Sara Halimi, was reportedly confronted by her 27-year-old devout Muslim neighbor who lived on the second floor, and who had broken her window and entered her apartment.


Prior to the confrontation, the suspect — who lived with his parents — began shouting and upset his family. His parents and neighbors called police, but those who arrived were ill equipped to contend with the situation and instead chose to wait for a SWAT team to arrive.

Meanwhile, the suspect had quickly climbed out his own window, on to the balcony, and climbed to the third floor.

A source who spoke with Jewish media said the suspect stabbed the victim as she lay in bed sleeping, shouting “Allahu Akbar!” (the Islamic call to holy war, or jihad, “God is Great!” in Arabic). The source told the Hebrew-language Hadrei HaHaredim the victim was heard begging and screaming for her life as the killer dragged her to the window, and then was seen pushing her from the third floor to her death.

The family was later informed that the suspect had a prior record, having twice been incarcerated for violent offenses.

Sara Hariri was mourned in Paris at a funeral held prior to a flight that is scheduled to bring her body to Israel, where she was to be laid to rest after pressure was brought to bear on French police to avoid an autopsy and expedite a proper Jewish burial. 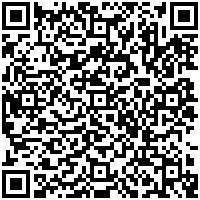