Any dwelling within view of, or near, a walled city has the same halacha as a dwelling within walled city. Our daf discusses cities whose walls were only constructed later as well as cities that originally had walls but which were later destroyed.

The Gemara notes that a city which was walled in Yehoshua’s days is considered walled.

Was Chevron surrounded by a wall in the days of Yehoshua? This question raged more than 400 years ago. The Chida (R. Chayyim Yosef David Azulai) discusses it in his work Chevron Ir Kodsheinu. The Radbaz notes in a responsum (2:681) that it is obvious that Chevron was not walled in Yehoshua’s era. Yet, Chevron residents had an ancient custom to read the Megillah both on the 14th and on the 15th of Adar out of doubt (Birkei Yosef, O.C. 688, os 2, and similarly in Responsa Chayyim Sha’al 2:38, os 94).

Furthermore, the Gemara (Arachin 33b-34a) states that that cities of refuge were established only in cities without walls. Chevron served as a city of refuge, which would seem to be proof that Chevron was not surrounded by walls.

Moreover, Rabbi Yehosef Schwartz, zt”l, author of Tevuos Ha’aretz, maintains in his Responsa Divrei Yosef (2) that the Mishnah only lists walled cities that were settled at the time. Chevron and other cities were not mentioned since they lay waste at the time the Mishnah was composed.

They Demolished The Wall

The author of Tevuos Ha’aretz maintains that Chevron must have been surrounded by walls in Yehoshua’s era. After all, the Torah (Bereishis 23:10) clearly states that Ephron the Hittite spoke to Avraham in Chevron “in the presence of all who came in at the gate of his city.” The gate must have been in a wall, for otherwise it would have had no purpose. Moreover, Calev requested from Yehoshua “this mountain…for there are giants there and big and fortified cities…and he gave Chevron to Caleb” (Yehoshua 14:12).

We must conclude that Chevron was initially surrounded by walls, which were later demolished so that it could serve as a city of refuge. Our Gemara explicitly states that if the Levites won walled cities by lot, they removed the walls so that the cities could qualify as cities of refuge.

We can therefore understand the ancient custom in Chevron to read the Megillah on both the 14th and 15th of Adar out of doubt. 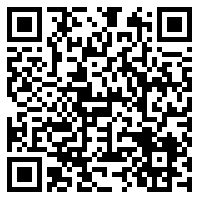