So it turns out the families of Naftali Frankel, Gilad Shaer, and Eyal Yifrach knew almost from the beginning of this ordeal that one or two of the three boys were likely to have been killed in the course of the kidnapping on June 12.

There were gunshots on the recording of the SOS call made by Gilad, which was played for the families. There were bullet casings and blood found in the burnt shell of the getaway car, and the families were told this too.


They were told that the lack of demands from the kidnappers was a sign that the boys might no longer be alive.

And yet all three families exuded optimism, faith, and positive energy for eighteen long days. They went before camera and after camera, reporter after reporter, concert after concert, prayer assembly after prayer assembly, and asserted their confidence that just a bit more effort could bring a positive result.

They met every youth group, every foreign diplomat, every UN assembly, every IDF commander they could, thanking everybody for their efforts in their upbeat, affirming and unassuming way.

They taught us how to harness all our temporal powers to drive toward a national goal in unison. They taught us all what it means to believe in powers greater than our own.

Perhaps the most profound thought uttered over the past three weeks was expressed by Racheli Frankel at the Western Wall. In a clip shown on Israeli television, and seen I think by just about every person in the country, Mrs. Frankel is approached at the Wall by a group of very young girls who want to wish her well.

Instead, Mrs. Frankel bends down to them and offers theological reassurance and warm wisdom.

“I want you to promise me,” she softly says, “that no matter what happens, you won’t be crushed or broken. That you won’t lose faith. After all, we must remember that God isn’t our ‘employee.’ He doesn’t always do as we wish.”

With these crushingly humble words, Racheli Frankel captured the hearts of an entire nation. Her words resounded through every living room and every workplace. People repeated them, reflected upon them, debated them.

Agree or disagree, nobody could deny her strength of spirit. Nobody could avoid being awestruck at her clear-sightedness; at her breathtaking display of faith within realism.

Naftali’s uncle Yishai Frankel shared with me that behind the mask of embarrassed smiles and sunny demeanor we saw on our television screens, Racheli Frankel was being torn apart:

“Inside the house, she doesn’t smile. Inside the house, inside her soul, she is dealing with a great personal burden of pain. And of course, she must simultaneously be mother to her other children. She may be a superwoman, but she has no supernatural powers. She says that she draws strength from the people of Israel; from the outpouring of care and prayer that has come from all corners of the Jewish world.”

Such modesty aside, I feel that Mrs. Frankel and the other five bereaved parents modeled for us not just indomitable personal character. They modeled for us spiritual strength; a healthy blend of religious devotion and rationality. Of this-worldness and other-worldness. Of pragmatism and values. Of self-interest and selflessness. Of coolly calculated tactics and naturally-flowing love.

They gave Israelis a model for religious commitment, national unity, and brotherly love not only for times of crisis but also for everyday life, throughout all regular seasons of our rough-and-tumble spiritual-social-political life. 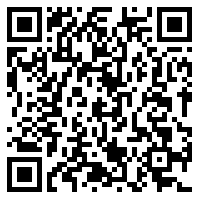