Truth Or Consequences
‘Consecrating The Non-Existent’
(Nedarim 85b)

So Great Is Charity

According to biblical law, a debt that remains outstanding at the end of the shemittah year is null and void, and creditors cannot demand payment. Even if a borrower wants to repay his loan, the lender is commanded to decline and say, “I hereby waive the loan.”

The Shulchan Aruch (Choshen Mishpat 67:28), however, rules that shemittah does not affect money owed to a charity fund. The source for this halacha is the Talmud (Bava Kamma 36b), which states that beis din is considered the representative of the orphans and the poor (see Rashba). Since the loan in this case is owed to beis din, the laws of shemittah do not apply (just like they don’t apply to a loan which beis din has the right to claim via the mechanism of a prosbul) and the borrower must pay the debt even after shemittah.

A debtor who sought to avoid paying his creditor once lost his case due to this halacha. The debtor admitted that he owed the creditor money, but he did not want to deal with him directly. To solve the lack of communication problem, an arrangement was made for the debtor to transfer the money to beis din, which would then give it to the creditor. The debtor had not yet repaid the loan when shemittah came and passed. Holding a calendar in his hand, the debtor claimed that the loan had been cancelled by shemittah. However, beis din, acting as the creditor’s agent, ruled that the debt was still due (Piskei Din Yerushalayim, Dinei Mamonos U’Birurei Yahadus III).

According to the Rashba (Responsum 1:656), when someone utters a vow to donate money to a charity fund, he can later revoke his vow through the authority of a sage. However, if he transfers the money to a third party, he can no longer cancel his vow even though the money has not yet been given to the fund’s trustees (the gabba’im). (See Aruch HaShulchan, Yoreh De’ah 258:22.)

The Noda BiYehudah (Mahadura Tanina, Yoreh De’ah 154 s.v. “ad kan”) provides an insightful explanation for the Rashba’s ruling. He writes that when someone asks a sage to revoke a vow, he must declare that he would never have uttered the vow had he known x, y, or z. Although the person attempting to have his vow revoked might be lying, the sage must accept his declaration and annul the vow since people are usually trusted in the matter of prohibitions.

In our case, however, if the sage accepted such a declaration, he would be depriving the poor (the beneficiaries of the charity fund) of money that would otherwise be given to them. Therefore, the sage does not have the authority to believe the donor, and the money must remain in the hands of the third party for the benefit of the poor. The vow remains in effect and the donor must instruct the third party to give the money to charity. 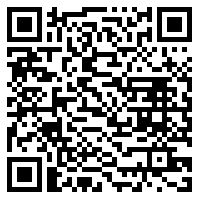