Presumption of Life?
‘The Husband Was Elderly Or Ailing…’
(Gittin 28a)

Our mishnah rules that an agent may deliver a get on behalf of an elderly or ailing person. When he delivers the get, we assume that the sender is still alive and thus the divorce takes effect. Rava, however, argues that if the sender is either over 80 years or on his deathbed, the divorce does not take effect since we cannot be certain that the husband is still alive.

Why is this halacha relevant? After all, the wife is free either way – either via divorce or through her husband’s death. The Beit Shmuel (Even HaEzer, end of 141:106, and Rema, as cited by Shittot HaKadmonim and Chiddushei Rema, ad loc.) explains that it is relevant if the husband is childless. If she is free because of his death (as opposed to divorce), his wife must perform yibbum or chalitzah. Our mishnah teaches that she is considered divorced if the get is delivered to her and thus free from having to do yibbum/chalitza if the husband is later found to be dead.

Rava, however, argues that we presume the husband died before the get was delivered in the case of a man on his deathbed unless we ascertain otherwise. Thus, she must perform yibbum or chalitzah.

The Maharit (Responsa, Vol. I siman 103-104, cited by Pis’chei Teshuva, Even HaEzer 141:72) explains that even when there is no legal presumption that the husband is alive – such as when he’s on his deathbed – we still give her the get so that she not remain an agunah. If she wishes to remarry, she must perform chalitzah out of doubt.

Is The Get Delivered?

Rabbi Shlomo HaKohen (Responsa Maharshach I:39), as cited by the Beit Shmuel and Maharit, disagrees based on the Rambam (Hilchos Gerushin 6:29). He maintains that the agent shouldn’t deliver the get because if he does she will consider herself a divorcee and marry without performing chalitzah. Rather, we should make inquiries as to the husband’s status. 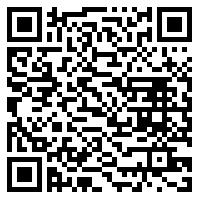