Twenty-five years in the making. A story of faith and determination. The tenacity of a community that refused to give up hope. Finally, after a long and circuitous journey, The West Valley Eruv of Los Angeles, California has become a reality.

How much time, effort and money could it take to mount a few poles and hang some monofilament wire around a neighborhood? For all of those involved with the saga of the West Valley Eruv, everyone knows it took a lot. Twenty-five years ago, as the West Valley Community (comprised of Encino, Tarzana and Woodland Hills) was beginning to grow and develop as an up and coming bastion of Torah life, the dream of building an eruv was born. Many people were engaged in the campaign over the years, tens of thousands of dollars were spent procuring City permits and plans, and the communal excitement hit highs and lows based upon the progress, or lack of. Approximately three years ago, with community’s patience wearing thin, a new and fresh approach was taken, which would eventually carry this project to fruition.

First, Rabbi Eliezer Eidlitz, the rav hamachshir of the East Valley Eruv, who carries over 30 years of experience along with him, was approached for his expertise in halacha and the practicality of building an eruv. After his initial study of the maps, and taking a tour of most of the terrain, he came up with a clear and simple solution: tefasta m’rubah, lo tefasta – if you try to grab too much, you will come up empty handed. Working together with Rabbi Shlomo Lalezarian, who had already spent several years developing the layout of the eruv, he proposed a new vision of the eruv: downsize to a more concentrated area, encompassing as much of the community within reason, and he was certain that only then would there be success in achieving the building of the eruv. The maps and the plans were simply too grandiose to grab onto, and as a result, after twenty-five years of hard work, the eruv was still only theoretical. There was one other detail that Rabbi Eidlitz knew would be crucial: financial backing. The road ahead was fraught with lawyer fees, permits, construction, insurance policies, etc. If the community was not willing to produce the necessary funding, then the job, once again, would never get accomplished.

Enter Alon and Rosana Miller, pillars of the West Valley Community for over 30 years and philanthropists who are known far and wide for their sincere, heartfelt generosity. They graciously accepted the financial burden of the past three years, paying for everything in order to bring the community’s dream to actuality. More than just monetary support, they literally became the steam engine that drove this project through to the very end. They also brought on board Rabbi Meyer May of the Simon Weisenthal Center, who was instrumental in lobbying Caltrans (in charge of the Freeway systems) for the last permit, which took almost two years to receive.

After nearly three decades, on Wednesday night December 16th, the long journey culminated in celebration. At a large and well attended Community Gathering, graced with the presence of HaRav Moshe Heinemann, shlita, one of the generations most respected poskim and experts in eruvin, who is the official rav hamachshir of this eruv, Rav Heinemann declared, “Mazel tov on your very own eruv, which is built according to halacha and the minhag Yisroel dating back to the days of Europe.” It was truly an inspiring and uplifting evening. From the enthusiastic and commanding MC, Ira Leibowitz, to the welcomed participation of Councilmember Paul Koretz, who’s support over the years was crucial in getting the Eruv over different hurdles it encountered along the way, to the incredible honor bestowed upon the Millers for all of their dedication over the years, and to Rabbi Eidlitz and Rabbi Lalezarian for their ingenuity and creativity in the development and constant fine tuning of the eruv, and ultimately, overwhelming praises to a community that refused to give up hope, and see their dream come true. 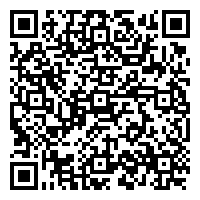