Our mishnah states that witnesses sign a get for tikun olam – for the public good. The Gemara (36a) seeks to ascertain whether doing so is a rabbinic enactment or a Scriptural requirement based on Jeremiah 32:44, “Vechasov ba’sefer ve’chasom – And record it in a document and sign [it].”

At the heart of this question is the dispute between R. Meir, who maintains it is the signatures of two witnesses on a get that effect the dissolution of the bond between husband and wife, and R. Elazar, who is of the opinion that it is the testimony of witnesses who saw the get handed to the wife that effects the dissolution. According to R. Elazar, even if the get does not bear any signatures, it nevertheless effects divorce if it was delivered in the presence of witnesses. Therefore, if a woman is in possession of an unsigned get and wishes to prove her status as a divorcee, she must produce witnesses who saw get delivered to her.

Rabba explains that Rabban Gamliel – who agrees with R. Elazar – nevertheless enacted that a get be signed because he feared that the witnesses to the delivery might travel overseas or die, leaving the woman an agunah and unable to remarry (see Tosafos, Gittin 3b, s.v. “R. Eleazar omer,” however, who notes that the get is effective even without signatures).

The Rif (ad loc.) interestingly adduces from the Gemara that R. Elazar requires a wife to produce witnesses that the get was delivered to her only if get bears no signatures. For he agrees in principle with R. Meir that the signatories to the get make the divorce effective and witnesses to the get‘s delivery are not required. If they were required, of what value would the signatures on the document be?

Tosafos (supra Gittin 4a s.v. “Ve’chasmu ve’natnu lah – kasher”) disagrees and argues that R. Elazar always requires witnesses to the get’s delivery – whether the get is signed or not – because it is the witnesses who make the get effective. 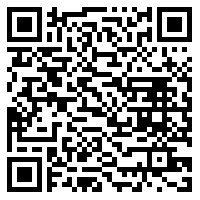