Deliberate Humiliation
‘Take Care of My Father’
(Gittin 75b)

A House in Return for Service

The Rashba (76a) asks if this debate also cover someone who offered to give his fellow his house in return for supporting his father. Perhaps Rav Ashi maintains that the stipulation need only be fulfilled for one day in the case of divorce where the wife owes her husband nothing and where the stipulation is clearly designed to humiliate her. In that case, serving the father for just one day is enough to satisfy the husband’s cruel humor. However, Rav Ashi might perhaps agree that when a person offers someone his home on condition that his father be served, the stipulation is a fair price for the home and must be fulfilled in full – i.e., the seller’s father must be served for the remainder of his life.

Forgiving a Debt on Condition

The Ben Ish Chai discusses a case in which a person who owed money was asked by his creditor to wear an Arab cloak if he wanted his debt to be forgiven. (The Ben Ish Chai describes this cloak as a “lowly, coarse garment, like those worn by traveling Arabs. It was often filthy and covered with patches.”) The poor borrower preferred humiliating himself by wearing this garment than pay the weighty sum. He donned the filthy cloak and walked around the city dressed in it, thinking that he had thus ridded himself of his debt.

Some time later, the creditor died, and his children claimed that the debt was still outstanding and should be paid. They argued that their father had intended to forgive the loan only if the borrower wore the Arab cloak for the rest of his life.

The Ben Ish Chai ruled in favor of the borrower, arguing that he fulfilled his obligation by wearing the cloak once. He explained, based on the Rashba, that R’ Ashi distinguishes between someone making a stipulation to humiliate the other party and someone who intends to receive a real benefit. In this case, the lender intended to humiliate the borrower by making him wear an Arab cloak. Therefore, it was sufficient that he wore it once (Teshuvos Torah L’Shma 338). 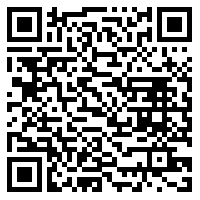