You Are That Man!
‘A Poor Man Looking For A Griddlecake…’
(Kiddushin 59a)


Our daf relates that a sage, R. Giddal, was in the process of buying a parcel of land when R. Abba came to that same field and purchased it. Since R. Abba was a student of R. Yitzhak Nappacha, R. Giddal’s complaint was brought to him.

R. Yitzhak Nappacha confronted R. Abba and asked him the following: “What would we think of someone who snatched a griddlecake from an indigent man who was looking for it?” R. Abba replied, “We would consider him a wicked man.”

Rashi (s.v. “Ani ha’mehapech becharara”) explains that it is forbidden to snatch away an abandoned item that an indigent fellow is seeking to acquire since doing so deprives a poor man of his sustenance. The Ran (ad loc.) writes that this rule applies only to an indigent individual. One may snatch an ownerless item from a wealthy man as long as it isn’t yet in his possession. The reason is simple: The wealthy person has no need for ownerless, abandoned items. He can purchase whatever he needs.

When it comes, however, to the purchase of a specific parcel of land which cannot be purchased elsewhere, one may not snatch it from another person trying to buy it – even if that other person is wealthy. If a person does so nonetheless, he is considered wicked.

Tosafos (s.v. “Ani ha’mehapech becharara…”) maintains that it is always forbidden to interfere with another person buying something if the item is scarce and cannot easily be obtained elsewhere. Otherwise, one may interfere.

Tosafos concedes that if effort was expended by an individual, such as a fisherman who cast bait in a section of the sea to attract fish, another fisherman may not fish in that area.

Based on this halacha, Tosafos concludes that it is unethical for a teacher to apply for a position that is already filled by another teacher.

Atzmos Yosef (ad loc.) asks why Tosafos emphasizes that a second teacher may not apply for the job if another teacher already fills it. Even if the first teacher was just negotiating terms for the position, that should be reason enough for the second teacher to seek employment elsewhere.

Maharit (ad loc.) explains that teaching positions with decent wages are difficult to obtain and thus even Tosafos agrees that a second teacher may apply for a position that someone else is already about to fill (but hasn’t yet filled).

A person who already has a teaching position, though, has – like the fisherman mentioned by Tosafos – expended effort (in this case, by teaching children). Thus, it is prohibited to snatch the position from him.

Speaking at an Agudath Israel convention several years ago, Rabbi Avraham Pam, zt”l, rosh yeshiva of Yeshiva Torah Vodaath, cited the famous incident of the prophet Nathan confronting King David and relaying the parable of a rich man who snatched the lone sheep of a poor person. King David said the man deserved to die for what he did. Nathan then pointed to the king and said, “You are that man.” (The Talmud [Shabbat 56a] informs us that from a strict halachic point of view David’s behavior was permitted but not ethical.) 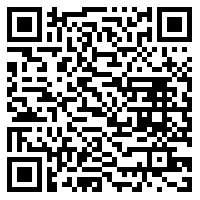