(Unless otherwise indicated, all quotes are from “History of Brooklyn Jewry” by Samuel P. Abelow, Scheba Publishing Company, Brooklyn, 1937.)

Today Brooklyn is fortunate to have a large number of yeshivas and Bais Yaakovs that span the spectrum from Modern Orthodox to haredi and chassidic. Jewish parents thus have a wide range of educational choices for their children. The situation in the 1930s was considerably different. There were, of course, fewer yeshivas, and hence parental choice was much more limited.

Yeshiva Rabbi Chaim Berlin (or Yeshivas Rabbeinu Chaim Berlin) was established in 1904 as Yeshiva Tiferes Bachurim. It is the oldest yeshiva in Kings County. At the suggestion of Rabbi Meir Berlin (Bar-Ilan) it was renamed in memory of his brother, Rabbi Chaim Berlin, the chief rabbi of Moscow who had moved to Jerusalem in 1906. (Rabbi Bar-Ilan lived in the United States from 1913 to 1923.)

In 1937 the yeshiva was located at 1890 Prospect Place. “Thousands of boys have gone forth from its portals to practice and to spread the teachings of the Bible, the Prophets, the Talmud, and of the leading rabbis in Israel. The history of the organization has been a struggle for funds and for public sympathy. Within the last few years, this struggle has been an intense one. Many a time did the instructors spend payless weeks, because it was not possible for the officers to collect the dues or the donations that were promised to meet the yearly budget of $60,000. [Nearly one million dollars today.]

“When the yeshiva was organized, the parents had to be coaxed and cajoled into enrolling their sons. The parents feared that the curriculum would be too severe and impossible for American children. They also feared that the secular work of the children would suffer. Time and experience proved these fears to be groundless. Besides the hundreds of graduates who have become lawyers, doctors, rabbis, and cultured gentlemen, the graduates of the yeshiva are feeding such movements as the Adas Bnai Israel and Young Israel. The English department of the yeshiva has sustained itself. The graduates distinguish themselves in the high schools and do very well in college.”

[This last paragraph says much about the attitude of parents during the first part of the twentieth century regarding the importance of yeshiva education. Many parents resisted sending their sons to a yeshiva because they felt attending yeshiva would hinder their sons’ ability to integrate into American society. They felt that sending their children to public school was the way to accomplish this. They failed to realize that without a proper Jewish education their children most likely would reject traditional Judaism.]

“The cost of maintaining the yeshiva is very large. During 1932, the total expense was $49,699, of which amount $36,510 went for instruction. The income for the year was $41,431. The institution ran at a deficit of over $8,000. This meant hardship for the instructors and the children. Nevertheless, the teachers and the staff carried on.

“The success of the institution is due to a large extent to the officers who work unselfishly for the cause of Judaism. They derive no material profit from their labors which they give during their leisure moments. They give not only time but money for the development of the institution. Similar to other institutions, the Yeshiva Rabbi Chaim Berlin has several very active auxiliaries: the Ladies’ Auxiliary, Parents’ Association, Women’s Welfare and Social Club, and an Alumni Association.” 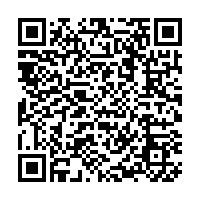