Our daf cites a dispute regarding two people stranded in a desert with only enough water for one of them. Ben Paturah asserts that the person holding the flask of water should share it with his friend even though both will die as a result. Rabbi Akiva disagrees, arguing that the person with the flask should not share it. The Torah states: “v’chai achicha imach – your brother shall live with you” (Vayikra 25:36). These words, argues Rabbi Akiva, imply that one’s own life takes precedence over that of another.

The Gemara (Sanhedrin 74a) derives from the words “ve’chai bahem – that he shall live as a result” (Vayikra 18:5) that a person is not required to forfeit his life in order to fulfill a mitzvah; the Torah tells us to live – not die – as a result of observing the mitzvos. (There are the three notable exceptions to this rule; even if one’s life is at stake, one should not commit the aveiros of idolatry, murder and adultery.)

In light of the rule of “ve’chai bahem,” the Aruch LaNer (to Yevamos 53b) wonders why Ben Paturah requires the person with the flask to share it with his friend. Furthermore, in disputing Ben Paturah, why does Rabbi Akiva cite “v’chai achicha imach” instead of “ve’chai bahem”?

To answer these questions, the Maharam Shick (Yoreh De’ah 155) suggests that the Gemara is not discussing a case where dividing the water will certainly result in the deathd of both of them. Rather, it is discussing a case where there is a chance that each one will survive by drinking half of the flask’s contents as doing so will enable them to travel on; that extra time may lead to the discovery of water or to their rescue.

Absolutes And No Absolutes

The Mishnah Berurah (Orach Chayyim 329:19, citing Pischei Teshuva, Yoreh De’ah 426) writes that a person should nevertheless not automatically seek to excuse himself when his fellow is in danger. In emergency situations there is very little time for deliberation. Only if it seems certain that the rescue attempt is hopeless should a person refrain from trying to help his fellow at his own expense.

Hagahot Maimoniyot (cited by Beis Yosef to Tur, Choshen Mishpat 426) disputes the general halachic ruling and opines that one is required to rescue another when there is only a safek sakana.

Rabbi Moshe Feinstein (Igros Moshe, Yoreh De’ah Vol. 2:174) writes that although a person is not halachically required to jeopardize his life to save another, he may do so if he so wishes.

He Gave His Life

These rulings, among others, form the basis of decisions made by great and sainted roshei yeshiva during the Holocaust. For example, Rabbi Elchanan Wasserman, zt”l Hy”d, rosh yeshiva of Baranowitz, Poland, had come to America to raise funds for his yeshiva and could have saved his own life by not returning to Europe, as he was advised to do. Yet, he believed himself duty-bound to return to his beloved students and did so. He died a martyr’s death.

Rabbi Chaim Shmulevitz, zt”l, rosh yeshiva of Yeshivas Mir in Jerusalem, also put his life in danger for the sake of others during World War II. His yeshiva escaped war-torn Europe (through the noble efforts of the legendary Rabbi Avraham Kalmanowitz, zt”l, Mirrer rosh yeshiva, Brooklyn) to Shanghai, China. The yeshiva was at the mercy of the occupying powers, the Japanese authorities, and in dealing with them on a daily basis, the rosh yeshiva was known, at times, to place himself in great danger as he cared for the needs of his students.

In our time, as well, we find this same self-sacrifice, above and beyond the letter of the law, among the many rescue organizations, such as our local fire and police departments and, of course, Hatzolah, whose members often place themselves in dangerous, life-threatening situations for our sake. 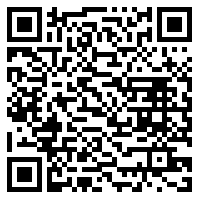