With this week’s announcement of the planned approval of 1,440 new apartments in Jerusalem’s Ramat Shlomo neighborhood, the spotlight turns not only to the political ramifications, but also to Jerusalem’s massive growth in general.

Ramat Shlomo, named for the saintly Rabbi Shomo Zalman Auerbach, is home to some 17,000 people. The mostly haredi neighborhood is located in what used to be no-man’s land in northwestern Jerusalem.

Jerusalem’s Local Planning and Construction Committee is poised to approve the new large-scale construction – despite, or because of, the changing of the guard in the U.S. government. The new buildings will be erected on an area of 70 dunams (18 acres), and will be one of the capital’s largest projects to be approved in recent years.

City officials were quoted as saying that the desire to approve the plan is definitely related to the election results. “This is a new location that until now we never considered for construction, because of Obama Administration opposition,” the source said.

Now, however, the approach is that even though no one can be sure how a President Trump will react to any given situation, “it is generally understood that whatever we don’t do in the coming two months might not be able to be done later.”

Predictably, some on the left side of the Israeli political spectrum condemned the proposal’s timing, location, and everything else about it. MK Nachman Shai, for instance, of the Zionist Union (formerly the Labor Party), said, “Building right now is crazy, and someone in Jerusalem has obviously gone out of his mind…. Approving new housing units in Jerusalem means playing into the Palestinians’ hands. It’s an invitation for international pressure. It’s like sticking a finger into the U.S. president’s eye over and over again.”

Actually, sources in the Trump camp look at it quite differently. A source close to Trump confirmed, off the record, that moves such as this construction plan might actually be to Trump’s benefit, in that when he enters office it will be a done deal and he will not have to relate to it.

Aside from the political consequences, it is worthwhile taking a look at other ways in which Yerushalayim is being built up. Let us begin with the Jerusalem Cable Car project: a two-line cable car system to and from the Western Wall and Dung Gate. As planned, the system will be able to transport 6,000 passengers per hour, a boon for both tourists and Old City residents.

First announced in May 2013, the plan was put on hold two years later but now appears to be back in the arena. The planned route includes four stations: Emek Refaim and the First Train Station, Dung Gate, Mount of Olives, and Gat Sh’manim (a site holy to Christians known as Gethsemane, near the Old City’s Gate of Lions). Each station will be separated by about 1.6 kilometers, or a four-minute ride.

The advantages of the cable car include convenience, safety, reliability, improved service for tourists, quiet, and more. But perhaps most important is what Mayor Nir Barkat told a group of Likud members during a tour of the area: “This will show everyone who really is in charge of this city.”

The Jerusalem Municipality, together with various other government bodies, has issued a short publicity video of the long-planned and oft-criticized project. With appropriately tense background music, it begins by highlighting the crowdedness, safety problems, air pollution and inconvenience caused by the city’s traffic congestion. Noting that ten million people visited the Old City in 2013, the video states that the country’s #1 tourist site “must have improved accessibility in order to actualize the city’s tourist potential.”

Upbeat and pleasant music is then heard for the duration of the video, on the backdrop of tranquil scenes of a cable car gliding over the city streets.

Will the Jerusalem Cable Car actually get off the ground? It’s hard to know at this point. But other large-scale projects are well underway, such as the expansion of the Jerusalem Light Rail. It now traverses the city all the way from N’vei Yaakov in the north to Bayit Vegan in the south, passing by Old City gates and the center of town. Construction is underway to continue this route – known as the Red Line – further south to Hadassah Hospital in Ein Karem, as well as to both campuses of Hebrew University, with a new bridge over the Menachem Begin Highway.

The Light Rail is considered to be a success. Just two years after it began operation in 2011, the number of daily passengers grew from an average of 100,000 to 140,000, and today over 150,000 passengers use it each day. An impressive 15 percent of riders say they no longer drive cars in the city. Air pollution has improved significantly as well: Carbon monoxide emissions, formerly measured at 500 parts per million, have now dropped to below 100. Pollution is reportedly so low that monitoring is no longer necessary.

Two new lines are also planned: A Green Line is scheduled to run through Ramat Eshkol, and the 20-kilometer Blue Line will take riders from Gilo and to Ramot, with another arm through Malha and Emek Refaim. The Emek Refaim part of the route has drawn tremendous opposition from local residents, who demand that the train be routed several dozen meters to the east. The matter has not yet been resolved.

Let us also note a huge construction project near the Knesset and government complex in Givat Ram: The building of a new National Library, six stories high and four stories deep. Currently just a gigantic hole in the ground, the Swiss-designed structure with a sloping oval roof is slated to be completed by 2019.

The planned Jerusalem Business District at the city entrance can also not be overlooked. With construction underway, it includes the grand Israel Railway station from where passengers will be transported to Tel Aviv in 28 minutes, two 24-story towers of the Jerusalem District Government Complex, a pedestrian garden area near Binyanei HaUmah, and more.

In short, those who manage to go a few months without seeing Jerusalem can often barely recognize it when they finally return. 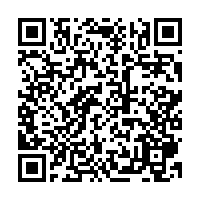