Don’t Tread On Me
‘If One Consulted A Sage, He May Not Consult Another’
(Avodah Zarah 7a)

Our Gemara teaches that if one consulted a sage about the permissibility of a certain item and the sage forbade it, he may not seek the opinion of another sage.

Several reasons are suggested for this halacha. Rashi (Nidah 20b) indicates that if the second sage gives a contradictory ruling, it will dishonor the first sage. The Ran, while agreeing with Rashi, offers another reason: It should not appear as if there are two Torahs.

The Ritva explains that an item forbidden by one authority assumes a prohibitory status. The sage’s mere pronouncement renders the item forbidden. Its prohibited status remains in force unless the ruling that rendered it forbidden is later found to be in direct contradiction to an explicit halacha found in the Gemara.

The Ritva’s rule that the item assumes a prohibitory status based on the word of a sage implies that if the first sage had ruled leniently, a second sage may rule stringently. According to the Rashi, however, there is no difference whether the first sage ruled strictly or leniently; any subsequent contradictory ruling by another is disrespectful.

The Ritva limits his ruling to the particular item forbidden by the first rabbi. If a similar question about a different items comes up, we do not automatically forbid it and other sages may issue a lenient ruling regarding it. For Rashi, though, to whom the whole matter revolves around respect, it makes no difference if the second item was not explicitly prohibited by the first rabbi. It is forbidden nonetheless.

Yet, Rashi would permit a contradictory ruling by a second rabbi to stand post facto if he is greater in scholarship than his colleague or he disproves the original ruling through logical arguments. The Ritva, however, would not permit such a ruling to stand. The second sage’s ruling has no legal standing.

According to the Ritva, since an item prohibited by a sage assumes a forbidden status, even the sage himself may not reverse his ruling since he, too, lacks the authority to remove the item’s forbidden status.

According to Rashi, though, he may since the only problem is respect and a rabbi is hardly disrespecting himself by overturning his own ruling. 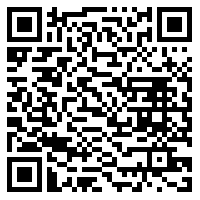