The general Torah rule is hamotzi mechavero alav hara’yah – you cannot win a judgment for a debt unless you have proof that the defendant owes you money.

The proof required by the Torah in a monetary case is the testimony of two witnesses who can testify that the defendant owes the plaintiff the amount claimed. Without such proof, according to Torah law (but, as we shall see, not according to rabbinic law), if the defendant denies the entire debt the judge will dismiss the case and the defendant will walk.

Now, one cannot expect the defendant to bring negative proof – that is, proof he does not owe what he denies, because how do you prove what does not exist? But one can ask him to swear he is telling the truth when he admits he owes $50,000 but denies he owes $100,000. Such a defendant, who is modeh bemiktzat, who makes a partial admission, is required by the Torah to swear that he only owes $50,000 and does not owe $100,000. He must then pay the $50,000 and can walk from the other $50,000. If the defendant refuses to swear, the plaintiff is entitled to a judgment of $100,000.

If the general rule is hamotzi machavero alav harayah, why do we not apply it to the $50,000 the defendant denies? After all, it was the defendant who volunteered the admission. It was not the plaintiff who proved it. For the plaintiff, the $50,000 to which the defendant confessed was like money found in the street, a windfall. The law is that a person who returns lost money does not have to swear that he did not find more money.

The Talmud offers a psychological reason for the Torah’s requirement that the defendant must swear in the modeh bemiktzat case. In view of the fact that the defendant has already admitted he did borrow some money from the plaintiff, maybe he indeed borrowed $100,000 as the plaintiff maintains but just does not have all the money right now to repay it. It would, of course, be more effective just to deny the entire loan outright. But the defendant does not have the gall to do that. After all, the plaintiff did him a favor. So he takes the middle ground. I’ll pay half now, deny the other half and pay it later when cash flow permits. It is out of this concern that the Torah obliges him to swear before he walks from the second $50,000.

This was the state of the law at the time of the Mishnah. During the Talmud era however, the rabbis became concerned that defendants had indeed developed the nerve to deny the whole loan that lenders were kind enough to lend them. Furthermore, the rabbis of the Talmud assumed that a plaintiff does not take the serious step of initiating litigation unless there is some basis to his claim. The rabbis therefore required a defendant to swear that he does not owe the plaintiff any money even if the defendant denied the whole loan and even if his defense was not already weakened by his own partial admission or by the testimony of one witness against him. This rabinically imposed oath is called a shevuat heiset.

This is how the dialogue would go between the plaintiff and the defendant in such a case:

Defendant: “ I don’t owe you anything.”

Plaintiff: “ O.K. Swear a shavuat heiset that you don’t owe me anything and then there will be a judgment in your favor.

Defendant: “No. You swear a shevuat heiset that you lent me money and there will be a judgment in your favor.”

Plaintiff: “I don’t want to swear.”

The halacha is that the party who refuses to swear loses. 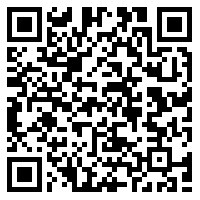