Exchanging Land?
‘Nor Shall You Show Them Favor’
(Avodah Zarah 20a)


Our sugya states that Hashem gave Eretz Yisrael exclusively to the Jews. Therefore, we may not give any part of it to gentiles. Our Gemara quotes Devarim 7:2 – “Nor shall you show them favor” – interpreting “lo teichaneim” as “we may not give them land to live on (chanayah).”

The author of Toras Chesed came to live in Yerushalayim in his old age, and devoted much attention to this topic. Until today, his long responsum on the subject serves as a source in halachic discussions related to this matter. The responsum was lost for many years with reference to it conducted based on memory, but it was later found in the notebook of his father-in-law, Rabbi Simchah Bamberger, zt”l, and published in Responsa Zecher Simchah (215).

A Prohibition From The Torah

The Toras Chesed notes from Rishonim that the prohibition of lo techaneim is biblical and therefore should not be treated leniently. Rabbi Ishtori HaParchi, author of Kaftor Vaferach and a pupil of the Rosh (Ch. 10, p. 28), maintains that one may be lenient in cases of loss, but this is an individual opinion, which many dispute (see Pe’as Hashulchan 1:19).

Among other matters, the Toras Chesed discusses the 20 Galilean towns King Solomon gave Hiram in exchange for cedars, cypresses, and gold that were needed for building the Temple (Melachim 1:9:11). According to the Abrabanel and Malbim, Solomon did not give him the towns themselves, only their produce, as he promised (ibid. 5:25) to repay 20,000 kor of wheat and 20 kor of olive oil each year (see further, ibid., for an explanation of the passages in Divrei Hayamim; also see Tosafos, Yevamos 23a, s.v. “Hahu,” which explains that perhaps Hiram was a ger toshav).

The Toras Chesed concludes his responsum with an ingenious solution: One may not sell a building in Eretz Yisrael to a gentile but one may exchange one building for another, provided that the areas are of equal size.

The Chazon Ish disagrees. He writes: “I find no permission to sell the lot to a gentile or to a Jew suspected of intending to sell it to a gentile, neither for money nor in exchange” (Responsa Tzitz Eli’ezer 6:31). 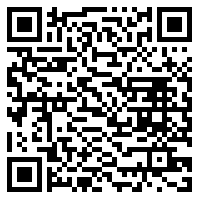