Mr. Berger was flying to Israel for a simcha. Three people each gave him one dollar for tzedakah as shaliach mitzvah. He put the money with his passport, so that it would not get mixed in with his own money.

When Mr. Berger arrived at the airport, he unloaded his bags from the taxi and went to get a luggage cart, which cost $6. He reached into his pocket to take out his wallet, but it was not there.


Mr. Berger called home to see if he left his wallet there by mistake. “I’ll check right away,” said his wife. She called back two minutes later that the wallet was on his desk.

“Can you rush it over to the airport?” Mr. Berger asked. “I have another hour before boarding begins. I’ll check the luggage meanwhile and wait for you before proceeding through security.”

Mr. Berger rummaged through his pockets and found a pouch with some loose change and three $1 bills.

“Just enough, together with the tzedakah money!” Mr. Berger exclaimed. “When I get my wallet, I can repay the $3.” He was about to put the $6 in the machine, when he suddenly thought, “Am I allowed to borrow the tzedakah money for my own purposes?”

He decided to hold off on the cart. “Now the tzedakah money is mixed with mine,” he reflected. “How can I know which was the actual tzedakah money?”

He tried carrying the bags, but they were too heavy. “I have some spare shekalim in the pouch,” Mr. Berger realized. “Maybe I can set aside shekalim for the tzedakah and use the dollars for the cart? Anyway, it’s easier to distribute shekalim in Israel than individual dollar bills.

He pondered the issue for a moment. “I’m going to call Rabbi Dayan,” he decided.

“Regarding money that was entrusted unsealed to a person,” replied Rabbi Dayan, “the Mishnah [B.M. 43a] teaches that in certain cases the implicit understanding is that the guardian can use the money and return other money in its place. Certainly, one can mix it with his own bills and return other ones instead.” (C.M. 292:7; Nesivos 183:4; Pischei Choshen, Pikadon 5:21)

“However, regarding money that was given to someone for tzedakah,” continued Rabbi Dayan, “many authorities maintain that the person may not borrow the money unless it is in the interest of the tzedakah to do so. Thus, regarding the first question, you are not allowed to use the money for your own purposes.” (Y.D. 259:1; Nesivos 301:9; Tzedakah U’mishpat 8:8)

“What about mixing the money?” asked Mr. Berger.

“It does not seem necessary to set aside and give the exact bills that were handed to you,” answered Rabbi Dayan. “You may mix the money with your bills, provided you maintain the amount that was given to you. You may even change the denomination of the bills, since it makes no difference to the giver or to the poor people what denomination the bills are, unless there is special reason to assume otherwise.” (Tzedakah U’mishpat 7:[18])

“What about converting the dollars to shekalim?” asked Mr. Berger.

“That depends on what is more convenient for the poor people,” replied Rabbi Dayan. “If the dollars are preferable, you may not convert them. However, if shekalim are more convenient and it is in the better interest of the poor, then you may replace the dollars with shekalim. If the value of the dollar rose before you actually gave the shekalim, however, you may have to add to maintain the original dollar value.” 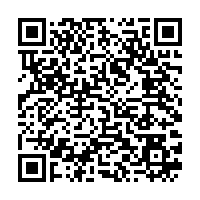