Our Turn
‘A Gentile Nullifies His Idolatrous Relic’
(Avodah Zarah 52b)


The mishnah on our daf states that a gentile can nullify his avodah zarah. This halacha is even more far-reaching than one in an earlier mishnah (47b) according to which a Jew may use a building that held avodah zarah graven images after they are removed. Rashi (s.v. “avodas kochavim”) explains that the house itself was never intended to be used for worship; it was intended as a temporary storage building for the objects.

This halacha is still quite relevant in modern society. People are constantly on the move, with the average American remaining in his house or apartment for less than four years before moving. Thus, the demographics of neighborhoods change fairly frequently. Neighborhoods that were formerly overwhelmingly Jewish are now mostly non-Jewish. The opposite is of course true as well.

Converting A Church To A Synagogue

May Jews moving into a community buy the church buildings of the departing Christian population and convert them into synagogues? These buildings were not merely used for storage purposes; they were actually worshipped in. Does that pose a problem?

The Magen Avraham (Orach Chayim 154:17) cites the Teshuvos Re’em who rules that converting a church building into a synagogue is permissible. He bases hiw view on the fact that the building itself is not the object of worship and that the sale itself (after the building’s objects have been removed) amounts to an act of bitul (nullification), thus permitting use of the building. Reinforcing this view is our mishnah, which states that a gentile may nullify his idolatrous relic.

Eliyahu Rabba disagrees, prohibiting using a former church as a permanent synagogue. He postulates that even after the removal of all objects, the building may only be used for mundane purposes (a community center such as a “Y” comes to mind).

A Matter Of Denomination

The Mishnah Berurah (ad loc. in his Biur Halacha commentary) suggests that the Re’em, is lenient only regarding churches that contain no graven images – e.g., the churches of most Protestant denominations. Catholic, Anglican, Episcopalian, and Orthodox churches – which almost always contain religious relics that serve as objects of worship – present more of a problem. 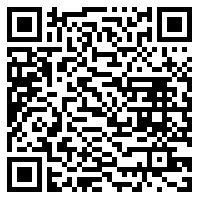