The horrific Florida school shooting is still fresh in everyone’s mind and remains in the front lines of the news. However, much of the ongoing debate seems to be off the mark.

Many have begun debating the aged dispute about gun control laws. Without digressing too much into that topic I have yet to understand how making it harder legally to obtain a gun will keep them out of the hands of people who intend on breaking the law. There are black markets for every illegal item, and they will simply pay a bit more and go there.

I once saw a short comedy video where a criminal came in with a gun to hold up a store. The store owner raised both his hands and with his finger pointed to a sign on the counter that read, “gun free zone.” Upon seeing that sign the criminal quickly put away his weapon and ran out of the store. Needless to say, that is not how it works, and gun regulations will not keep guns out of the hands of those intending on breaking the law. The fact is that in places where there are more armed citizens there are less mass shootings.

One interesting thing to note on the coverage of this event is how survivors of this gruesome attack, despite their young age of around 15 years old, have been deemed experts on an issue that scholars have debated for years. While we should all be extremely sympathetic to these kids, I do not understand why their opinion on gun laws is relevant.

Others have been focused on school security. Now, while this is an issue that does make sense to improve, it does not address the root issue. The real issue is the demoralization of the country. The value of a human life has been cheapened by many different angles. The gory and graphic violence that is displayed on videos, movies, and games used to be mentioned as having an effect on children fifteen years ago. Lately, however, despite the graphic HD violence getting far worse, I don’t hear much attention drawn to that aspect of our culture.

On the day after the shooting the president held a conference which he posted to his Twitter page. In that conference among many meaningful words he said, “We must also work together to create a culture in our country that embraces the dignity of life, that creates deep and meaningful human connections, and that turns classmates and colleagues into friends and neighbors.” Although that aspect of the speech caught my interest apparently it did not get the necessary attention from the media. Perhaps that is because the media is in large responsible for the demoralization of the culture in this country.

Whether it is promoting a graphically violent film or pushing pro-abortion rights, the value of human life has become cheapened. The Torah considers abortion murder (Rambam, Rotzeiach 1:9), and until recently American culture did as well.

Now, the left-wing progressive Democrats and the media, for one reason or another, have taken this issue and turned into a “women’s rights” movement. So, if a woman pleases she has the right to terminate (or murder) a full-term baby ready to be born.

We must realize this decline in human decency and morale and try our best to protect ourselves from these immoral influences. May we utilize the holiday of Purim to uplift ourselves to a higher morale and become deserving of our true salvation, amen. 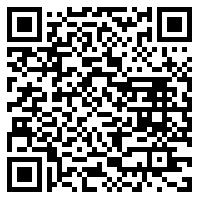