To Him Shall You Hearken
‘One Who Offers Nowadays…’
(Zevachim 107b)

The Torah states (Vayikra 17:4), “And he has not brought [his slaughtered animal] to the entrance of the Tent of Meeting to bring it as an offering to Hashem before the Tabernacle of Hashem. It shall be considered as bloodshed for that man; he has shed blood, and that man shall be cut off from his people.” The punishment for this sin –slaughtering the animal outside the Beis Hamikdash (shechutei chutz) – is kares.

The Mishnah (see 112a) derives from this verse that one only receives this punishment only if one offers a sacrifice that is fit for the Beis Hamikdash; if the sacrifice is invalid, such as a treifah, for example, one does not receive kares.

On our daf is a dispute between R.Yochanan and Resh Lakish. R. Yochanan maintains that if a person nowadays slaughters for the sake of an offering, he is culpable for shechutei chutz while Resh Lakish maintains that he is not. Their dispute centers on whether the first sanctification of the Beis Hamikdash lasts until today.

The halacha follows R. Yochanan that one is not allowed to offer a korban today. The Rambam (Hilchos Ma’aseh Hakorbanos, Chap. 19:15) rules that if one does so, one is liable both for shechutei chutz as well as ha’ala’as chutz even though there is no mizbe’ach today. The Chafetz Chaim (Sefer Zevach Todah to our sugya) explains that the Rambam maintains that we can theoretically build a mizbe’ach nowadays.

The Gemara (Yevamos 90b) derives from Devarim 18:15 – “A prophet from your midst, from your brethren, like me, shall Hashem, your G-d, establish for you; to him shall you hearken” – that one must obey the directive of a navi even when doing so involves the temporary violation of a Torah law. To prove that the false prophets of his day were indeed false, Eliyahu offered a sacrifice on Mt. Carmel (which was obviously outside the precincts of the Beis HaMikdash).

The Aruch LaNer (to Yevamos 90b) suggests that Eliyahu only put the korban on the altar but did not light a fire, which came from heaven (see I Melachim 18:38).

The Rashbam, however, notes that even placing a korban in anticipation of heaven burning it is considered an act of human burning since Vayikra 9:17 states, “And he caused it to go up in smoke upon the mizbe’ach” – even though Aharon only placed the animal there with the fire descending from above to burn it. So Eliyahu did commit a violation, but, as a navi, he was allowed to since it was an emergency situation and he was acting for the sake of Heaven.

Tosafos Yeshanim (Yevamos 90b) writes that even without a Divine instruction, it is incumbent to listen to a navi or our sages even where they instruct us to violate a law since it is obvious that they are acting for the sake of Heaven. 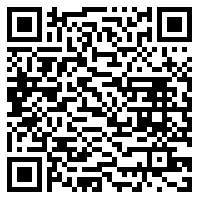