Israel has added balloons, helium, tires and inflatable rubber products to the list of “dual-use” goods that are prohibited from delivery into Gaza.

From now on, those items will be subject to restrictions at the entrance to the Gaza Strip, and special permits will be required in order to transport them through the Kerem Shalom border crossing.


All of the above have been used by Gaza terrorists since March in the violence perpetrated at the security fence and along the border with Israel.

Tires were burned at the border to create the thick black smoke used to hide the infiltration attempts by Hamas terrorists intent on attacking IDF soldiers and Israeli civilians living nearby. Helium, balloons and “inflatable rubber products” — including condoms, oddly — have all been used to launch arson terror attacks on Israel since March. 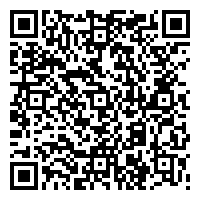