Eternal And Immutable
‘Only Those Enumerated By The Sages’
(Chullin 54a)


Members of Yosef the hunter’s household were in the habit of killing beasts either by striking them or shooting an arrow in the gid hasheh. They asked R. Yehuda b. Besera if these animals were treif (considering how they killed them). The household of R. Papa b. Abba the hunter asked R. Abba the same question. They would kill an animal by shooting an arrow into its kidney.

In both cases, the answer was: The animals are kosher since the sages gave a very specific list of treifos, and these type of injuries are not on it. It’s true that these animals might eventually die from their wounds (which is usually the definition of treif), but we were taught (“gemiri”), says the Gemara, that they also might live if salves are applied.

The Rambam (Hilchos Shechitah 10:12) repeats this rule and writes that an animal is kosher (not treif) even if modern medicine has no way of curing it from its wounds. (The Kesef Mishnah [ad. loc] comments that Rambam evidently interpreted “gemiri” as “halacha l’Moshe miSinai that a cure exists for these types of wounds even though it may currently be unknown to us.”)

Conversely (infra 10:13), the Rambam notes that even though a medical cure may be found for injuries enumerated by our sages as fatal, the animals that bear them nevertheless remain treifa. In short, the list of treifos listed by our sages is exclusive and unchanging.

The Torah Speaks To Matan Torah

The Chazon Ish (Yoreh De’ah 5:103, also Even HaEzer 27:3) explains that the Rambam doesn’t mean to suggest that medical experts who claim they can heal certain treifos are lying. Surgeons, for example, can cure many people by cutting through the stomach to get to certain organs. Their patients can live for decades after their surgery even though the Mishna (supra 42a) states that a cut to the stomach renders an animal treifa.

The Chazon Ish explains that treifos were fixed at the time of Mattan Torah. Future medical advancements are irrelevant.

A Change In Nature

Alternatively, the Chazon Ish suggests that nature has changed over the course of time so that previously ineffective remedies are now effective (see Tosafos, Moed Kattan, 11a, s.v. “chvara samuch l’misrechei m’ali,” who says that fish that used to be considered good for you – e.g., fish about to turn rancid – is now considered dangerous because nature has changed.) The laws of treifos are based on nature as it existed at the time of Mattan Torah. 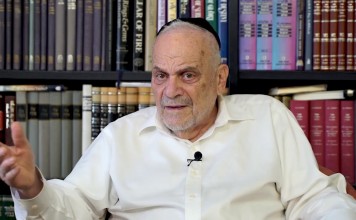 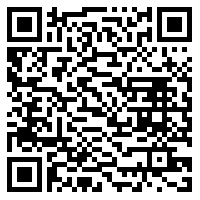